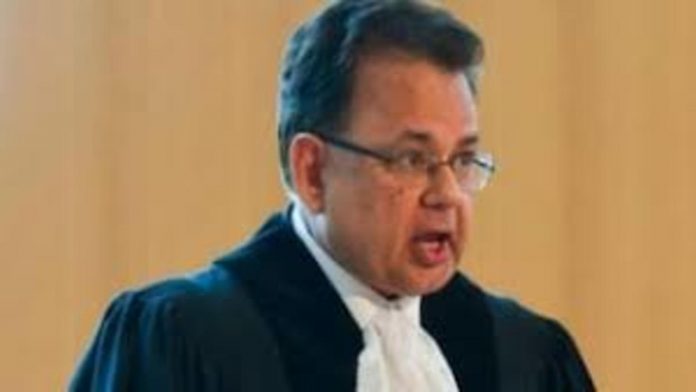 Russia’s invasion of Ukraine was ordered to stop by the UN’s highest court on Wednesday “Moscow’s use of force has “deeply alarmed” the US. The Russian Federation will immediately cease military activities on Ukrainian territory that began on February 24th “presiding judge Joan Donoghue warned the International Court of Justice, or ICJ, that the matter is still awaiting a final ruling.

“The court is very worried by the Russian Federation’s use of force, which raises very significant international law questions,” Justice Donoghue said during a hearing in The Hague.

Justice Bhandari was nominated to the International Court of Justice fully on the basis of the government’s and different embassies’ support throughout time.

It was a unilateral decision by Justice Bhandari to vote against Russia.

India has refrained from voting at the United Nations on the Ukraine-Russia conflict, instead urging both parties to concentrate on diplomacy and ending hostilities.

“Russia must be stopped, and the court can help,” Ukraine’s envoy Anton Korynevych told the International Court of Justice last week.

At the same time, Kyiv said that it wants international troops to ensure its security, rejecting Russian calls for Kyiv to assume a neutral status similar to Austria or Sweden.

On March 7 and 8, Russia ignored proceedings, claiming in a written submission that the ICJ “lacked jurisdiction” since Kyiv’s request was beyond the ambit of the 1948 Genocide Convention, on which it was based.

Moscow also claimed that its use of force in Ukraine was justified by the fact that it was “acting in self-defense.”

The ICJ, however, decided it had jurisdiction in the case, despite the fact that it “is not in possession of evidence substantiating the accusation of the Russian Federation that genocide has been perpetrated on Ukrainian soil,” according to Justice Donoghue.