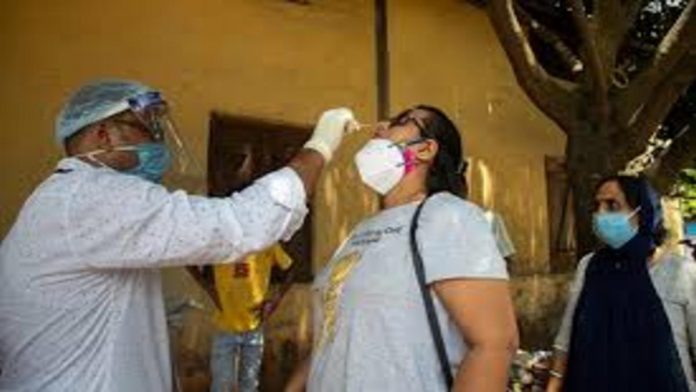 For the past 93 days, less than 50,000 daily cases have been reported in the country, according to the union Ministry.

Tamil Nadu, behind Kerala, is the second southern state with a high daily caseload, with 1,657 cases. There were also 19 deaths, according to the study.

Kerala, which continues to top the states in daily Covid cases, saw a dramatic decline, with only 11,699 instances reported in a single day. In addition, the state reported 58 deaths.

The most populated state, Uttar Pradesh, recorded six Covid cases, while Delhi, the national capital, reported 32. Covid deaths were reported to be zero in both states.

The four major states of Rajasthan, Gujarat, Madhya Pradesh, and Bihar reported no Covid deaths. Covid deaths were also reported to be zero in Chhattisgarh, Jharkhand, and Uttarakhand.

Mizoram leads the northeastern states in the number of new Covid cases per day, at 1,846. Seven Covid deaths were also recorded by the state. Assam is next, with 412 cases and eight Covid deaths reported.

According to the Union health ministry, the total number of COVID-19 vaccine doses delivered in the country has surpassed 86 crore, with over 1 crore doses distributed on Monday. On August 27, the daily COVID-19 immunisation rate in the country surpassed 1 crore for the first time.

According to sources, the World Health Organization (WHO) has addressed extra technical questions to Covaxin’s maker, Bharat Biotech, delaying the emergency use authorisation (EUA) for the Covid vaccine created in India. This delay is expected to have a negative impact on Indians’ worldwide travel plans, particularly those of students. Covaxin will not be considered a vaccination in most countries across the world until EUA is obtained.

Even if the third wave arrives in the country, the intensity would be minimal, according to the Council of Scientific and Industrial Research (CSIR).