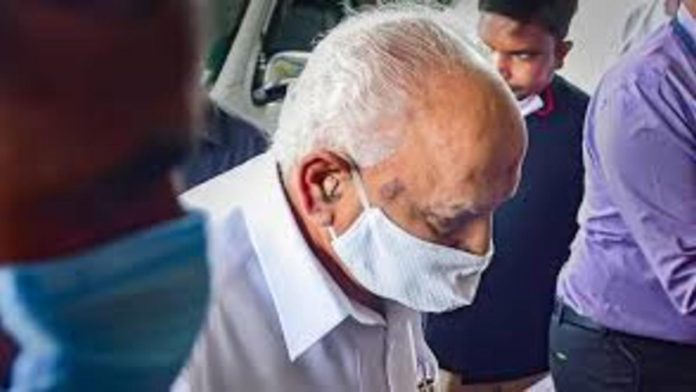 Amid the speculation of replacement Karnataka Chief Minister BS Yediyurappa has said that he expecting a message from BJP high command about his political future today. “If the message comes by evening, I will let you know immediately,” he said on being asked on the matter.

“I haven’t heard anything yet. Will know after I reach Bengaluru. It is my duty to follow what central leadership says,” said Yediyurappa.

The Chief Minister had made a sudden visit to Delhi this month where he met Prime Minister Narendra Modi and other senior ministers.

On Thursday, he told media, “There is an event on July 26 on completion of two years of our government here. After this, I will follow whatever (BJP president) JP Nadda will decide,” however, he has not been asked to resign so far.

There are also persistent doubts whether the 78 year old leader will be asked to to step down or not.

Mr Yediyurappa had left Bengaluru to fly to Belagavi this morning, one of the worst affected districts in the state due to heavy rain. There have been severe rainfall in many districts of the state for past few days that has left nine people dead and three missing.

Thousands were evacuated to the safe places due to flooding in their homes. Dams were also opened as the water level rose.

Although the red alert has been removed but the state may still see heavy rainfall till July 28.

In 2019, when Mr Yediyurappa took the charge from the coalition government, heavy rain and floods were damaging the state.

At that time he had visited to Delhi after he sworn in as the Chief Minister, but the Union Minister Amit Shah had sent him back to take care of the flood situation in the state.