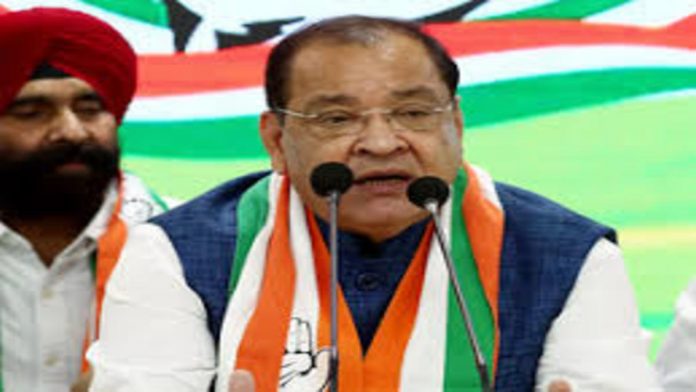 At the party headquarters in the national capital, Arya and his son, as well as their followers, joined the Congress in the presence of prominent party leaders Harish Rawat, KC Venugopal, and Randeep Surjewala.

They had met former Congress president Rahul Gandhi at his home earlier in the day on Monday.

“It’s a significant day for me because I’ve gone home to my family. It’s my ‘ghar wapsi,’ as I like to call it. There hasn’t been a better day in my life. After my return, I’m relieved “Soon after joining the Congress, Arya stated.

Arya stated that he will work selflessly to help the party grow.

“If the Congress grows stronger, democracy will grow even stronger,” he remarked.

Arya has served as a member of the Uttar Pradesh Legislative Assembly six times, including twice when Uttarakhand was a part of the state.

Sanjeev Arya, his son, is a member of the Nainital Assembly constituency in Uttarakhand. He has also resigned as a member of the Legislative Assembly. In the state, he works in the cooperatives sector.

“Where has anyone been able to stop the one who goes?” he said. “If you have gone, there is no one to stop you.”