Fadnavis Alleges MVA For Framing Him In Leak of Confidential Data 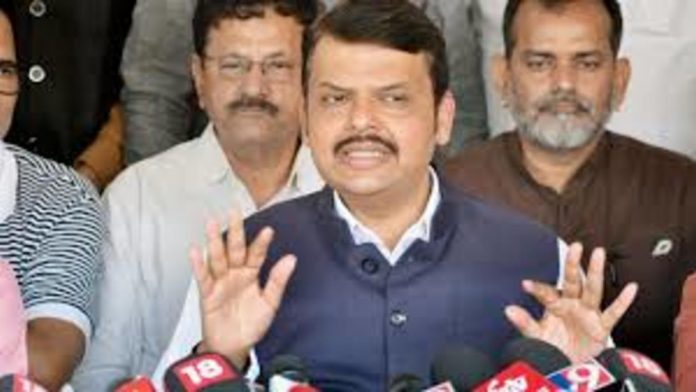 On Sunday, a cyber police squad taped opposition leader Devendra Fadnavis for two hours at his apartment as part of its investigation into the leak of classified data and papers from state intelligence police transfers based on unlawful phone tapping by former SID head Rashmi Shukla.

Fadnavis said the queries were accusatory in character and that the Maharashtra Vikas Aghadi (MVA) administration was attempting to “frame” him.

The police had previously handed me questionnaires, but the questions posed on Sunday were not those that would be asked of a witness. They were as if they were attempting to establish that I had violated the Official Secrets Act, and as if they were seeking to make me an accused or co-accused in the case,” claimed Fadnavis, who claims he is being pressured for raising concerns about the alleged connection between minister Nawab Malik and fugitive gangster Dawood Ibrahim, as well as the MVA’s conspiracy to target its opponents.

“Do you believe that by exposing the hoax, you have broken the Official Secrets Act?” Was it appropriate to act in this manner? These were a few of their inquiries. “I have addressed them all,” Fadnavis said, expanding on the nature of the issues posed.

The issue involves the alleged leak of SID’s private data and papers. Additionally, a complaint has been filed against five anonymous individuals. Fadnavis denied disclosing any information about the scheme into the public realm. He said that he not only acted appropriately during the press conference disclosing the transfer fraud, but he also refrained from distributing the pen drive and data transcripts to anybody.

“I did not bring any public documents, save for the report’s covering letter, since I was aware of the sensitive nature of the material contained within. I surrendered all papers and data to the Union’s interior ministry. Malik was the source of the transcripts’ release to the press. And if the police assert that these are secret documents, then action should be taken against Malik for violating the Official Secrets Act,” Fadnavis said, adding that the Whistle Blowers Protection Act should apply to him in this case because he has exposed a massive scam that the government would have otherwise swept under the rug.

“I withheld the materials from the state for six months while they sat on the report. What action are they supposed to take?” he inquired.