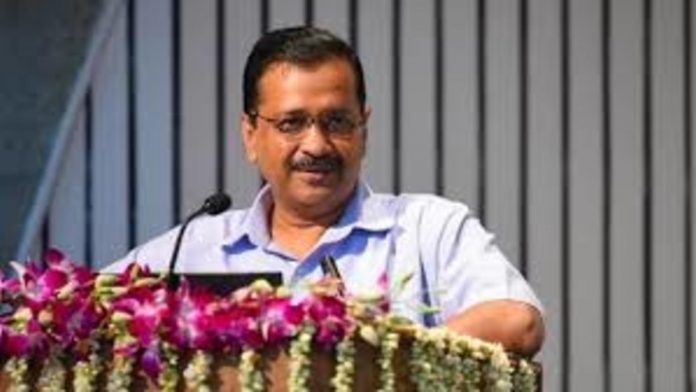 Arvind Kejriwal, the Delhi chief minister and leader of the Aam Aadmi Party (AAP), will visit Punjab on Tuesday. The two-day visit comes months before the state’s assembly elections, in which the AAP is displaying its ‘Delhi model’ in the hopes of winning.

According to party leader Raghav Chadha, Kejriwal will arrive at Amritsar airport around 3 p.m. and visit Jalandhar’s famous Devi Talab shrine at 6 p.m. to offer prayers.

“Arvind Kejriwal would pray for peace, love, mutual brotherhood, and a flourishing Punjab during the Navratras,” Chadha stated on Monday.

The AAP, which has already established itself as the main opposition party in Punjab after gaining 20 seats in 2017, is attempting to capitalize on the state’s ruling party, the Congress, being in disarray. It’s also stressing the problems with the Akalis’ 10-year rule in order to win this time’s assembly elections.

AAP is also dealing with a power crisis, which it is blaming on both the central and state governments.

“The Union government is responsible for supplying coal to public and commercial thermal plants in Punjab, but the Modi government has been hesitant to do so due to a conspiracy. Coal isn’t being delivered to thermal plants in states like Punjab and Delhi, resulting in the prospect of plant shutdowns and power disruptions “Aman Arora, an AAP MLA, echoed this sentiment.

Kerjiwal has made a populist pitch in the past by “guaranteeing” 300 units of free power for residential customers, cancellation of pending bills, and round-the-clock supply if his party wins power in the state.

When Kejriwal visited Ludiana in September, he made six pledges in Punjab, dubbed the AAP’s “health guarantee” if the party wins power in the state. Free health benefits at public hospitals across the state, services that he promised would be on par with private healthcare, were among his promises. He further stated that if his party were to get power in the state, all drugs, tests, treatments, and operations would be free of charge, similar to Delhi.

For the time being, the AAP convenor’s most pressing concern is naming a chief ministerial candidate for Punjab, which he has assured will be announced in due course.