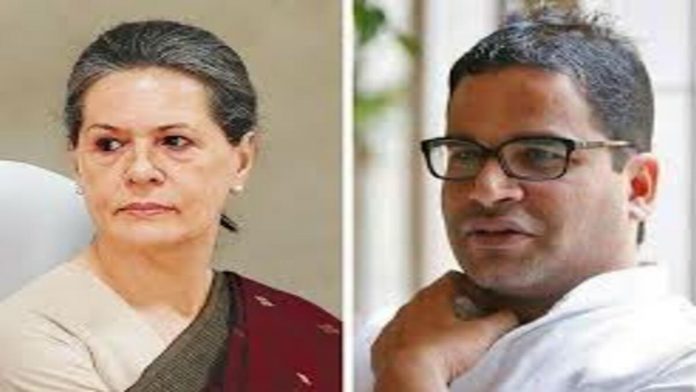 Sonia Gandhi set up yet another inside body, the empowered action group 2024, to address the party’s political difficulties, just days after a committee set up by the party president to deliberate on electoral strategist Prashant Kishor’s presentation to Congress presented its findings. The group’s composition, however, has yet to be revealed.

The party also announced that it will organise a brainstorming session called Nav Sankalp Chintan Shivir in Udaipur, Rajasthan, from May 13 to 15. Around 400 members of Congress from across the country are expected to attend the three-day meeting.

Members of the eight-member panel that went over Kishor’s presentation were also introduced to Sonia Gandhi. P Chidambaram, Ambika Soni, Priyanka Gandhi Vadra, Digvijaya Singh, Jairam Ramesh, Mukul Wasnik, K C Venugopal, and Randeep Surjewala were among the members of the panel that met multiple times last week to go over Kishor’s presentation and draught a report. According to insiders, the committee has agreed to most of Kishor’s ideas in principle.

The meeting came a day after the Indian Political Action Committee (I-PAC) announced a deal with the Telangana Rashtra Samithi (TRS) for the 2023 Assembly elections. Many senior politicians are furious, according to sources, because the I-PAC signed a deal with TRS’s opponent at a time when Kishor was in talks with Congress’s top brass.

“She presented that report to the group today. According to Congress communication department chief Randeep Surjewala, “the Congress president has decided to form an empowered action group 2024 to face the political difficulties ahead.”

The current political and economic environment, as well as the difficulties it poses to society, would be the focus of the brainstorming session, according to Surjewala.

“The welfare and well-being of kisans (farmers) and khet mazdoors (farm labourers), Scheduled Castes, Scheduled Tribes, OBCs, religious and linguistic minorities, women’s social justice and empowerment, and youth will also be covered in detail.” Aspects of organisational reorganisation and strengthening will also be investigated. “The Chintan Shivir will also discuss the Congress’s overall strategy for the 2024 Lok Sabha elections,” he said.

Salman Khurshid will lead a committee that will write a report on “social and empowerment” issues. Meira Kumar, Digvijaya Singh, Kumari Selja, Nabam Tuki, Sukhjinder Singh Randhawa, Naranbhai Rathwa, Anto Antony, and K Raju are among those that make up the group.