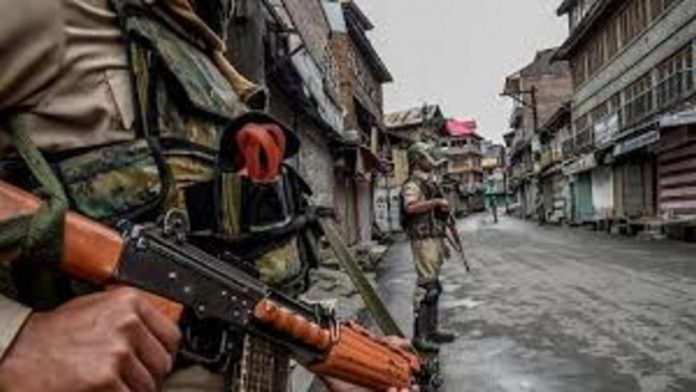 Terrorists killed two Bihar laborers on Sunday, bringing the total number of civilians killed in deliberate strikes in Jammu and Kashmir this month to 11.
On Sunday, terrorists opened fire on laborers in Vanpoh, Kulgam district. The incident resulted in the injury of another laborer.

Terrorists shot and killed a gol-gappa hawker from Bihar and a carpenter from Uttar Pradesh in the Valley the day before.

Five of the eleven victims killed in the round of attacks on civilians came from other countries. According to an official, this implies that the militants intend to force citizens from other states out of Kashmir.

Makhan Lal Bindroo, a well-known Kashmiri Pandit and proprietor of a pharmacy in Srinagar, Mohammad Shafi Lone, a taxi driver, instructors Deepak Chand and Supunder Kaur, and street food vendor Virender Paswan are among the victims.

Fear has spread throughout the Valley, triggering a mass flight of Kashmiri Pandit families residing in transit camps. Hundreds of families have left the Valley, including those of government employees who returned after receiving jobs under the Prime Minister’s special scheme for Kashmiri migrants.

Following the attacks, police conducted a huge crackdown, detaining over 900 persons across the Union Territory on suspicion of having ties to separatists.

Anti-terror efforts have also been stepped up by security forces. Over the last week, 13 terrorists have been dead, according to the authorities.

“Following civilian fatalities, 13 terrorists were killed in nine engagements. In less than 24 hours, we killed three of the five terrorists in Srinagar “Vijay Kumar, the Inspector General of Police, has stated.