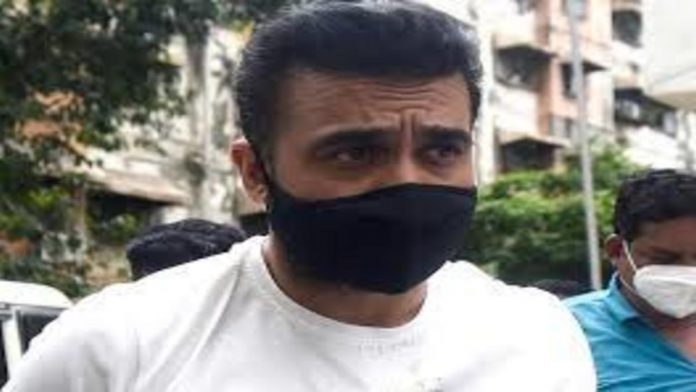 The bail petition submitted by industrialist Raj Kundra, who was arrested in connection with the production of pornographic films, will be heard by the Bombay high court on Thursday.

On Tuesday, the court refused to grant Kundra any relief and rescheduled his bail hearing for July 29.

During the hearing in the pornographic racket case, the court has demanded that the investigating officer stay present.

On July 19, Kundra and 11 others were detained on allegations of allegedly making pornographic films. Kundra and his associate Ryan Thorpe are currently being held in detention by the authorities. On Tuesday, a magistrate’s court ordered them to be held in judicial remand for 14 days.

He applied for bail in the magistrate’s court, but it was denied on Wednesday.

Kundra’s lawyers, Aabad Ponda and Subhash Jadhav, claimed before the high court on Tuesday that the police did not follow the rules and should have issued a notice under section 41A of the CrPC before arresting the businessman. Aruna Kamat Pai, the public prosecutor, denied the accusation, saying that a notification was provided to Kundra before he was arrested.

Pai was then ordered to write an affidavit in answer to the petition by July 29.

Kundra further stated in his plea that the allegedly pornographic content did not portray direct or explicit sexual actions. In his petition, he said that the short films at best appeal to people’s lustful desires.

The high court, however, refused to allow Kundra any relief without first giving the prosecution a chance to respond to the petition. The bench said “No ex-parte ad-interim relief.”

The Mumbai Police have charged Kundra under Sections 420 (cheating), 34 (common intention), 292, and 293 (related to obscene and indecent advertisements and displays) of the Indian Penal Code (IPC), as well as relevant sections of the IT Act and the Indecent Representation of Women (Prohibition) Act, as a key conspirator in the pornography racket case.