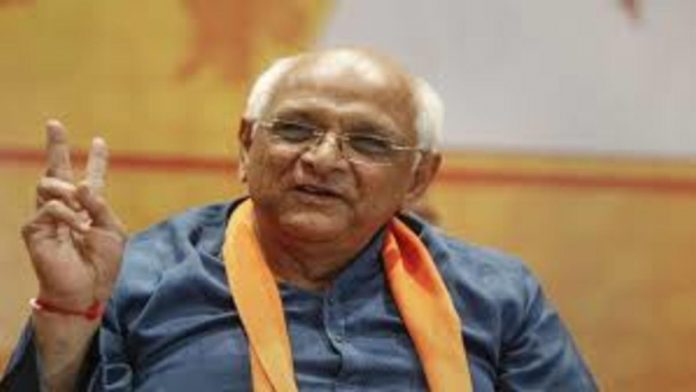 After a crucial meeting relating to the next Chief Minister of Gujarat, Senior BJP leader Bhupendra Patel have been nominated to succeed Vijay Rupani. Mr Patel is said to be a protege to former Chief Minister Anandiben Patel. Initially in the meeting Mr Patel was elected as a leader in legislature party but later it was believed that he is the choice for the CM position.

Mr Ruapni was also present during the session, who later on praised the new Chief Ministerial face saying that the party will “successfully contest the polls” under his leadership. The state is due for its assembly polls next year.

Bhupendra Patel is MLA from Ghatlodia constituency, who has appeared as a surprise candidate to fill the Chief Minister post. He will be sworn-in today.

Speculation of two Union ministers Mansukh Mandaviya and Parshottam Rupala and the controversial Lakshadweep administrator Praful Khoda Pat and state agriculture minister RC Faldu were the frontrunners for the CM post ahead of the meeting.

In a surprise move on Saturday Mr Vijay Rupani had submitted his resignation to Gujarat Governor Acharya Devvrat which is just 15 months ahead the state assembly polls.

Whispers are suggesting that the central government has been upset with Mr Rupani handling of pandemic in the state.

This is the fourth shift in power in BJP ruled states this year.

The other three names include BS Yediyurappa in Karnataka, Tirath Singh Rawat in Uttarakhand – who was replaced barely after four months of replacing Trivendra Singh Rawat.

fc2 adult content free EYS-078 Married Woman Shameful Shooting A married woman who gets wet with teasing and teasing is a good prey for underwear enthusiasts! MARA-065 Suwon Miso's Big Breasts Theater Jcup! - 101cm SSIS-443 "Well, did you miss the last train !? Are you going to stay at home?" FC2-PPV-3013101 SIRO-4939 [Beautiful married woman] [Kiss-loving de М] "I'm embarrassed by the depressed nipples in the boobs complex ..." A married woman who is sexless and misses human skin applies for AV. - Roll up with flirting SEX with a lot of kisses. - AV application on the net → AV experience shooting 1871