Aryan Khan To Leave For Mannat After His Release 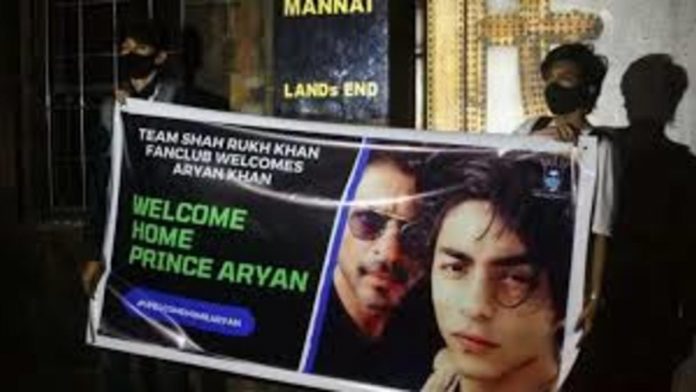 The Bombay High Court has finally granted bail to superstar Shah Rukh Khan’s son Aryan Khan and two others — Arbaaz Merchantt and Munmun Dhamecha in Mumbai cruise drugs case. The order granting bail was given on Thursday, but the bail papers were not able to reach the Arthur Road jail by the deadline and the starkid had to spend one more night in the jail.

Aryan khan is now most likely to be released today by any time now. This final detailed to release him came on Friday. The conditions mentioned in the bail order of Aryan khan includes a prior permission from NDPS court before leaving The country. He has been asked to submit his passport to the court.