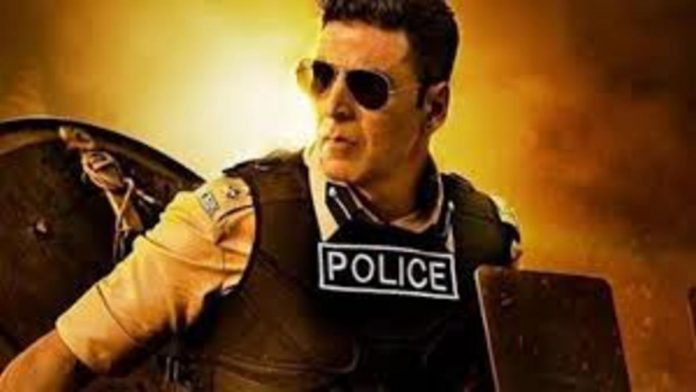 All of a sudden, everything in Bollywood is happening. The industry, which had nearly gone inactive in the last 18 months (thanks to COVID), has rapidly put up a massive calendar for 2022, in which various production houses have booked (or should we say occupied) slots for their upcoming films, even if some of them are still filming. If all goes according to plan and the previously planned release dates do not need to be adjusted, ‘Sooryavanshi’ will be the first large release. The creators of Akshay Kumar’s ‘Sooryavanshi’ have begun calling theatre owners to inform them that their film will not be shown on the same screens as any other film launching on the same day as theirs (November 5, Diwali 2021).

The theatre owners have given it a thumbs up, knowing that they would be fed with another huge Reliance release in Christmas 2021 – Ranveer Singh’s ’83.

Since Friday evening, there have been rumours that this has caused a problem in the Salman Khan-Varun Dhawan-Aayush Sharma starrer ‘Antim’ and the English film Marvel’s ‘Eternals,’ as both films had intended to debut on the same date as ‘Sooryavanshi.’

We called top distributor Sunil Wadhwa, who is distributing ‘Sooryavanshi’ in Bombay Circuit, as soon as we heard the rumours. “We welcome the Maharashtra State Government’s decision to reopen cinemas from October 22,” Wadhwa said, “and it has given us immense pleasure to announce our most awaited film of the year, ‘Sooryavanshi,’ as a Diwali release for not only exhibitors but also moviegoers who were waiting for a big tentpole film.” We’re waiting for Maharashtra’s SOP guidelines, on which we’ll build our distribution strategy. In spite of the foregoing, all exhibitors have pledged their support to show ‘Sooryavanshi’ with 100 percent screen time; in fact, even in states where cinemas have already reopened, a significant number of cinemas will open exclusively with ‘Sooryavanshi.'”

We reached out to Shariq Patel, CEO of Zee Studios, to see if ‘Antim’ would be delayed till Diwali 2021. “We haven’t agreed on a date,” Patel remarked. We’ll make an announcement after we’ve done so.” “Woh toh kuch na kuch aata rehta hai (Things get written about),” Patel retorted when we told him they had zeroed down on November 5.

For those who are late to the party, trade expert Taran Adarsh tweeted last Sunday that the films ‘Sooryavanshi’ and ‘Antim’ will clash on November 5.

In any case, Patel’s comment makes it apparent that ‘Antim’ will not be released on November 5. And what about Marvel’s ‘Eternals’?

As for Marvel’s ‘Eternals’, our top source says, “They might not budge putting up a reason that their movie is having a worldwide release. But we wonder where it will find a place in India? Multiplexes have all locked ‘Sooryavanshi’ all the way for Diwali 2021.”

Our source further told us that Reliance’s request for monopoly for ‘Sooryavanshi’ is well justified, as the filmmakers’ patience in waiting for the movie halls to open and not giving it away on OTT is admirable.

Don’t you think we’ll be hearing a lot more about disputes, demands, and date-shifting in the near future?