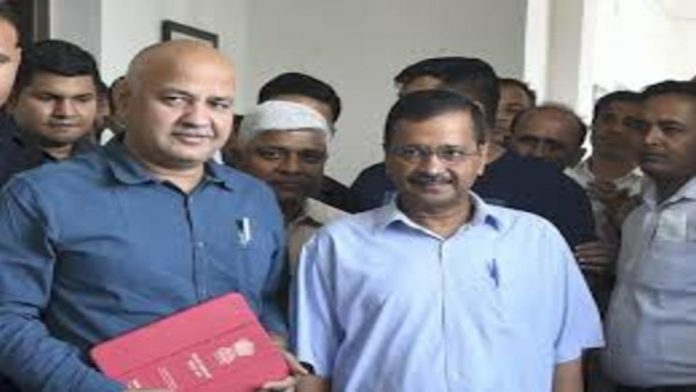 Following a debate, the Delhi Assembly cleared the AAP government’s ‘Rozgar’ budget for the financial year 2022-23, costing Rs 75,800 crore. Following the completion of six days of the financial session, which began on March 21, the Speaker adjourned the Assembly sine die.

The budget, which was unveiled on Saturday, promises to create 20 lakh jobs in the next five years by strengthening the retail sector, redevelopment of historic marketplaces and industrial sites in non-conforming zones, startups, tourism, and nighttime economy promotion.

Later, when speaking to the media, Kejriwal added, “Employment used to be a topic that was only mentioned during election campaigns, and then it was forgotten about. For the first time since independence, a budget has been prepared that prioritises employment.”

The CM went on to say, “Ours is the first ‘Rozgaar Budget’ in independent India. Demonetization, GST, and the epidemic have all made it more difficult for educated youth to find work in recent years.”

The budget was produced based on 6,500 ideas received from Delhiites, according to Deputy Chief Minister Manish Sisodia, who also holds the Finance ministry. Twelve people whose proposals were taken into account in the budget presentation were in attendance, and Sisodia recognised their contributions by mentioning their names.

“Our economic team held over 150 meetings with various associations and regulatory bodies. As a result, some of the most essential ideas, such as the redevelopment and renewal of the city’s historic markets, IT parks, startup policy, e-commerce boost, and the creation of new jobs through multiple channels, were included in the budget “Sisodia explained.

The debate was also attended by several Aam Aadmi Party (AAP) politicians and ministers, including Gopal Rai and Satyendar Jain. Ramvir Singh Bidhuri, the Leader of the Opposition, described the budget as “disappointing,” citing the government’s failures in health, education, transportation, and other areas.

By voice voting, the budget was approved. The House also passed the Demands for Grants for Fiscal Year 2022-23 and the Appropriation Bill 2022.