7 Dead In Fire In Delhi’s Gokulpuri, CM Kejriwal To Meet Kin Of Victims 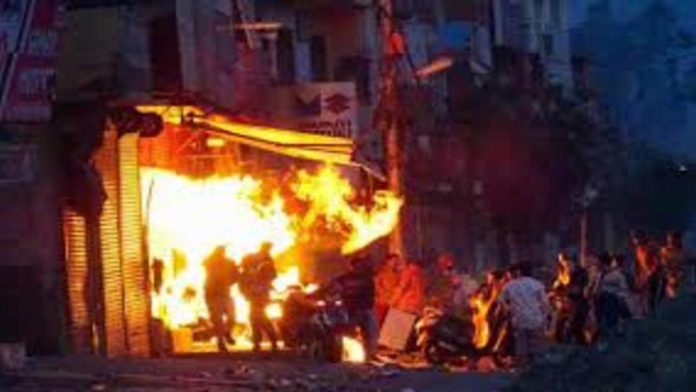 At least seven people have died in a fire broke out in shanties (jhuggies) in Delhi’s Gokulpuri area in early hours of Saturday. The fire services got a call about the incident around 1 am, when around 30 huts were engulfed in the fire.

“Seven people died in a fire that broke out in the shanties of Gokulpuri area last night. The fire was brought under control, seven bodies recovered by the Fire Department”, said Delhi Fire Arm.

Hearing the news Delhi Chief Minister Arvind Kejriwal expressed his condolences over the incident and said he will meet the bereaved families. “Heard the sad news early in the morning. I will go to the spot and meet the affected people personally,” he tweeted in Hindi.

According to the reports, the fire has affected around 60 huts, and the fire tenders have rescued seven bodies from the area. The fire broke out around the pillar number 12 of Gokulpuri.

However, the fire was finally brought into control by 4 am in the morning, told Additional Deputy Commissioner of Police (northeast) Devesh Kumar Mahla.

He also said that the information about the fire incident was received around 1 am, following which the fire service officials and police reached the spot immediately.