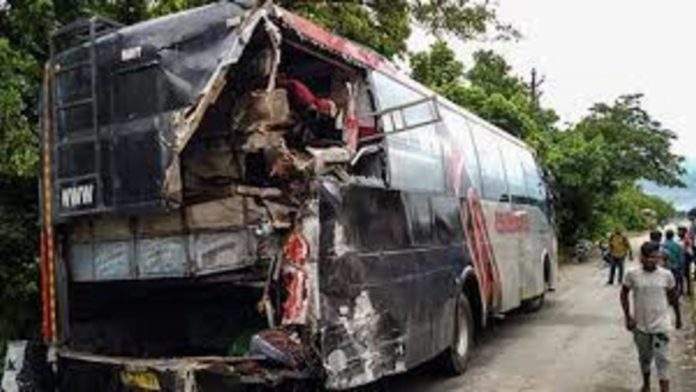 On Wednesday in Barabanki, Uttar Pradesh, a speeding truck collided with a bus, killing at least 18 people (July 28). The collision occurred in the early hours of morning, according to media reports, on National Highway 28.

According to media reports, the double-decker bus was parked on the side of the road after a breakdown. The bus was transporting roughly 140 labourers from Ambala to Bihar; the majority of them were asleep at the time of the disaster.

While 18 people were killed as a result of the bus being hit by the vehicle, more than 24 labourers were injured. Those who were injured were sent to a local hospital.

As soon as police heard of the accident, they dispatched a squad to the place.

“Most of the passengers hailed from various districts in Bihar, including Sitamarhi and Saharsa,” a police official was cited as saying by sources. “They were returning to their native state from Punjab and Haryana, where they had put up for work.”