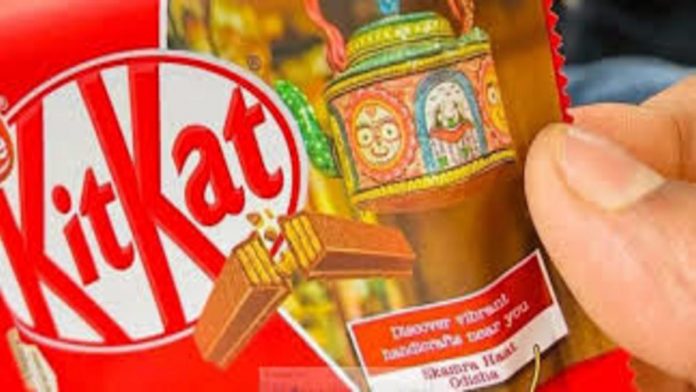 According to The Guardian, Nestle recently introduced a limited selection of chocolate wrappers around the world that featured photographs of artwork by local artisans.

To commemorate the crafts of the Indian state of Odisha, the Indian version of the wrapper featured depictions of Hindu deities Jagannath, Balabhadra, and Subhadra.

The notion of putting Hindu deities on wrappers, however, did not sit well with Indians, who, while congratulating the company for promoting local culture, expressed concern that the cover would end up in “dustbins, drains, gutters,” disrespecting the gods and the Hindu faith.

“Celebrate the culture of Odisha with designs on packets reflecting ‘Pattachitra,’ an art form distinctively recognisable by its colourful images,” Nestle explained.

Nestle has withdrawn the KitKat range from the market as a “pre-emptive measure.”

“We wanted to inspire people to learn more about the art and the individuals that make it.” We recognise the sensitivity of the situation and apologise if we have offended anyone’s feelings,” the business said in a statement.