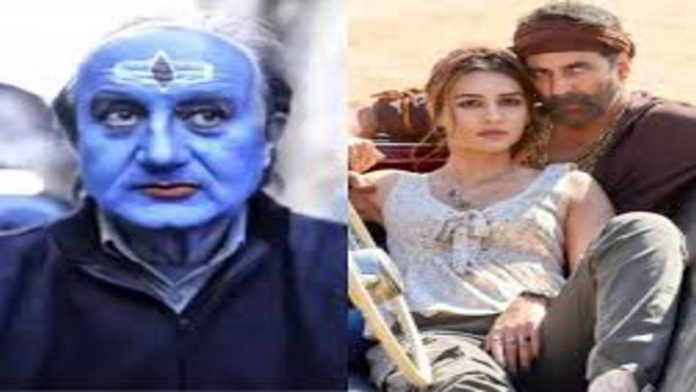 Fans of Akshay Kumar were left angry at an Odisha theatre only days after the superstar complimented Vivek Agnihotri’s ‘The Kashmir Files,’ praising the film for bringing the audience ‘back to the cinemas.’

A crowd wearing saffron scarves interrupts a showing of Akshay’s ‘Bachchhan Paandey’ and clears out the threat in a video that has gone popular online. According to accounts, the crowd forcibly interrupted the Bollywood film’s showing and demanded that ‘The Kashmir Files’ be shown instead.

While the event was caught on video, it is not the first time that theatre owners have had to deal with the problem. An exhibitor told Bollywood Hungama that groups ranging from 10 to 100 persons are causing a commotion on the grounds. One such group attacked the theatre employees, saying that a segment from the film had been deleted.

The exhibitor asked the portal, “How can any theatre management edit any scene from any film?”

Over the weekend, Akshay’s film suffered a battering. On its first weekend, the film barely made roughly Rs 34 crore. Meanwhile, in only 11 days, ‘The Kashmir Files’ has made an estimated Rs 180 crore.

Last week, Akshay Kumar endorsed the picture, which has been dogged by criticism. While promoting his picture, the actor sent a message of gratitude to Anupam Kher and ‘The Kashmir Files.’

Akshay remarked in a tweet, “Hearing absolutely incredible things about your performance in #TheKashmirFiles @AnupamPKher amazing to see the audience back to the cinemas in large numbers. Hope to watch the film soon. Jai Ambe.”

On March 11, the film was released with Prabhas’ ‘Radhe Shyam.’