Many social media users are alleging that the deaths of lakhs of birds in India is due to 5G tests conducted by Reliance Jio and not because of recent bird flu outbreak. 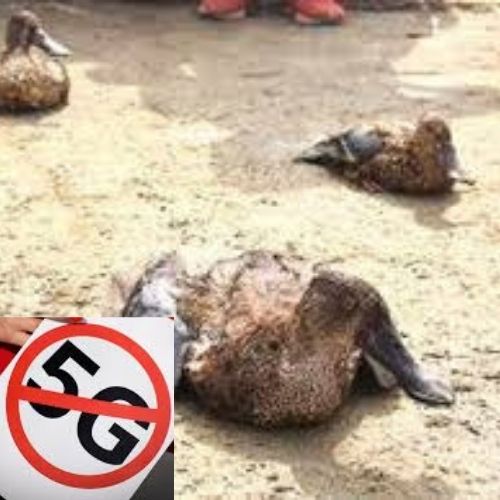 Many Facebook and Twitter users have posted a message in Hindi which translates to, “Birds are dying due to Jio 5G testing in India and people are being fed lies that bird flu is spreading.”

However, it is found out that the Centre has not even approved 5G trials in India. Reliance Jio has also denied of conducting any 5G tests so far. There is an outbreak of avian influenza in many parts of the country resulting into deaths of birds and for which state government has banned of poultry marketing. Although, the impact of radiation on birds is considered as a subject matter of research worldwide.

Although the union government has not permitted any telecom entity to test 5G till date. The Union Minister of Information technology and Telecom Industry Ravi Shankar Prasad has recently announced that the trials for 5G technology will commence soon.

On talking to the spokesperson of Reliance, he denied explicitly to the claims of the viral message calling it a “fake news”. “When the government itself has not yet given a nod for any trial, where is the question of 5G trial for Jio!”, the spokesperson added.

A conspiracy theory had emerged from a blog, in 2018, which claimed, “the test of a 5G cellular network is the cause of unexplained bird deaths occurring in a park in The Hague, Netherlands”. But later it was debunked by an international fact checking website “Snopes” calling it to be a prank made by conspiracy websites and social media sites.

Many researches has been conducted to find out the impact of cellular network on birds worldwide, and there are no such clear results but it is clear that the causes of cellular networks never result into the deaths of the birds.

While the viral claim which is doubting the cause of the deaths of the birds is cleared by the Union Government’s Department of Animal Husbandry and dairying that, there is a sudden outbreak of avian influenza in several parts of the country. Calling it a common phenomenon arising during winter through migratory birds.

Hence, it is concluded that the viral message claiming that birds are dying due to 5G tests and not the bird flu is totally false.

A short video got viral on social media claiming that an oil tanker caught fire and exploded on a flyover in Gachibowli, Hyderabad. Several social...
Read more
- Advertisement -