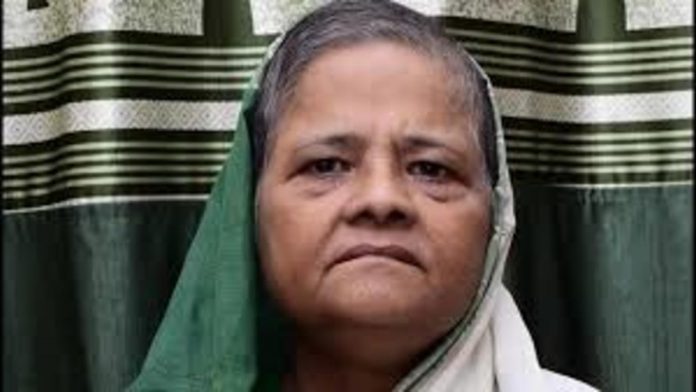 In honour of 25 years of devotion to her and her family, an elderly woman in Cuttack, Odisha, donated all of her property and other assets to a rickshaw driver.

Minati Patnaik, 63, of Sutahat, has given her three-story home, gold decorations, and everything she owns to Budha Samal, a rickshaw driver who has worked for her family for over two decades.

After losing her husband to kidney failure last year and living with her daughter Komal, who died of cardiac arrest recently, Minati pondered donating all of her possessions to the poor rickshaw puller family who had served Minati and her husband for 25 years.

“I was broken and living in grief following the deaths of my husband and daughter at regular intervals,” Minati Pattnaik said. None of my relatives helped me after my awful loss. I was all by myself. This rickshaw driver and his family, on the other hand, stuck by me during my darkest hours and looked after my health without wanting anything in return.

My relatives have plenty of land, and I’ve always wanted to offer my to a deserving family.

“I made the legal decision to donate everything to Budha and his family so that no one bothers them after I die,” Minati explained.

My daughter used to be driven to Ravenshaw College by him. He worked as a rickshaw driver for the family. My faith in him and his commitment to me and my family earned him the award, and I did not do them any favours by entrusting them with my belongings. “They’ve earned it,” she stated.

Two of Minati’s three sisters protested to her choice to give the rickshaw puller and her family her property, but Minati was adamant in her determination to follow out her plan. She followed all legal steps to ensure that her assets were correctly transferred after she died.

Budha has a wife and three children, two sons and one girl, in addition to his parents.

“I was taken aback when Maa [Minati] told me about her choice to will her property,” Budha Samal told India Today. I’ve been serving this family for over two decades and will continue to do so till Maa [Minati] passes away.

“I am ecstatic that Maa has made such a significant decision that will affect my and my family’s lives.” Budha Samal remarked, “I can now live with my family under one roof.”

Budha abandoned his profession as a rickshaw driver two years ago after Minati requested him to, and he and his wife and children relocated to Minati’s residence four months ago at her request.

“We had always viewed Minati as our own mother, thus my husband and I, as well as my children, were all at her disposal,” Budha Samal’s wife told India Today. My family and Maa are relieved that we will be able to stay in this place.”