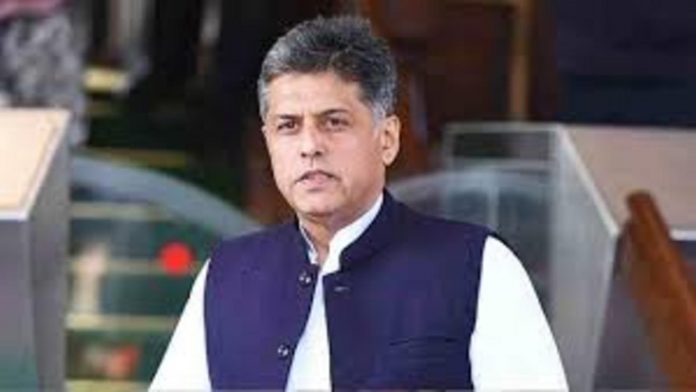 Senior Congress member Manish Tewari’s claim in his new book that the Manmohan Singh government should have militarily retaliated against Pakistan after the Mumbai terror attacks has enraged the party leadership, while the BJP has seized on it to renew its charge that the Congress-led UPA dispensation was soft on Pakistan.

Tewari, who was a minister in the UPA administration at the time, attacked it in his book “10 Flash Points; 20 Years – National Security Situations that Impacted India” for failing to respond with a “kinetic response” to the bloodiest terror attack on Indian territory, which killed 166 people.

There was talk in Congress about disciplinary action against Tewari after he tweeted images of sections from the book, which sparked political outrage. On Tuesday afternoon, A K Antony, the head of the newly formed AICC disciplinary committee, met with Congress president Sonia Gandhi, just as the controversy erupted in the media. There was no official confirmation of the party’s decision. Congress leaders, on the other hand, suggested that the party might wait until the book is released to check its content before contacting the author.

BJP was swift in attacking Congress. Party spokesperson Gaurav Bhatia said Tewari’s views confirmed that the “Congress-led UPA government was insensitive, useless and was even not concerned about national security”. “What Manish Tewariji said in his book, which we all have seen in the media…it would not be wrong to say that the facts that have come out. It would be appropriate to call it a confession of the failure of Congress,” he said.

An excerpt tweeted by Tewari read, “For a state that has no compunctions in brutally slaughtering hundreds of innocent people, restraint is not a sign of strength; it is perceived as a symbol of weakness. There comes a time when actions must speak louder than words. 26/11 was one such time when it just should have been done. It, therefore, is my considered opinion India should have actioned a kinetic response in the days following India’s 9/11.”

Adhir Ranjan Chowdhury, a Congress member in the Lok Sabha, blasted Tewari, saying, “He should concentrate more on China, which has encroached on many of our Ladakh areas and created communities in Arunachal Pradesh. He is currently recovering consciousness. Why hasn’t he mentioned it at that time?”

After Salman Khurshid, another Congress politician, “throws the UPA under the bus to peddle his book,” BJP IT cell director Amit Malviya stated. “In his new book, Manish Tewari criticises the UPA for its post-26/11 weakness in the name of moderation. The IAF was poised to strike when the UPA froze, according to Air Chief Marshal Fali Major “He sent out a tweet.

Tewari responded to the BJP’s criticism by saying, “I’m amused by the BJP’s reaction to a single paragraph from a 304-page book that attempts to analyse answers to national security crises that have affected India. I’m curious how they (the BJP) would react to some tough questions about their handling of the national security responsibility.”

Pralhad Joshi, a Union minister, said Congress should think over what Tewari said.