Big Day For UP, As PM Modi Lands To Inaugurate Purvanchal Expressway Today 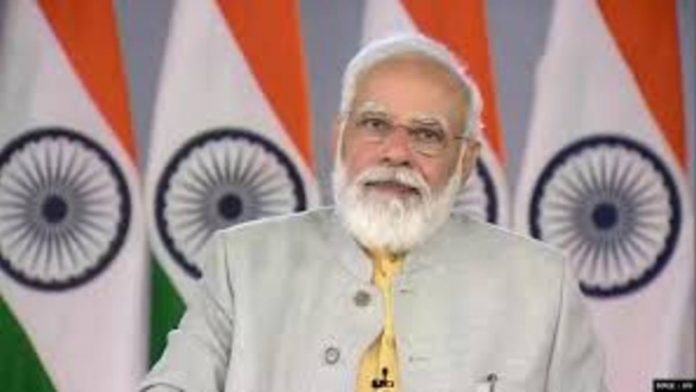 “This project brings with it various benefits for UP’s economic and social prosperity,” PM Modi remarked, describing it as “a special day for Uttar Pradesh’s growth trajectory.”

Yogi Adityanath, the Chief Minister of Uttar Pradesh, will attend the inauguration ceremony, stating that the Purvanchal Expressway will be the backbone of the state’s eastern economy.

The IAF will also put on a 45-minute air show, with repeated landings and takeoffs by Indian Air Force fighter jets from the airstrip in front of PM Modi and CM Yogi. The fighter plane will touch the roadway and then take off under the ‘touch and go’ technique. The air show will feature planes such as the Sukhoi, Mirage, Rafale, and AN 32.

ABOUT PURVANCHAL EXPRESSWAY
The Purvanchal Expressway will connect the state capital Lucknow with the eastern districts of Mau, Azamgarh, and Barabanki, as well as the main cities of Prayagraj and Varanasi, at a cost of around Rs 22,500 crore. The Purvanchal Expressway will start in Chandsarai hamlet on the Lucknow-Sultanpur route and go for 341 kilometres. It will pass through Barabanki, Amethi, Sultanpur, Faizabad, Ambedkar Nagar, Azamgarh, Mau, and Haldaria village in the Ghazipur district before ending in Haldaria village.

The six-lane freeway will be able to be expanded to eight lanes if necessary. The journey time from Lucknow to Ghazipur would be reduced from 6 to 3.5 hours once it is open to the public. For a few days, this travel will be free. The task of collecting toll taxes will be delegated to a private firm.

At Kudebhar in Sultanpur district, the expressway would have a three-kilometer runway. This runway has been proposed for the landing and take-off of Indian Air Force fighter jets in an emergency.

The Purvanchal Expressway, according to Additional Chief Secretary Avanish Awasthi, is Uttar Pradesh’s largest project. On both sides, he claimed, industrial corridors will be created, with machinery, food processing, and dairy-milk development.