Amid Rajasthan Cabinet reshuffle, 3 ministers are resigning including PCC President 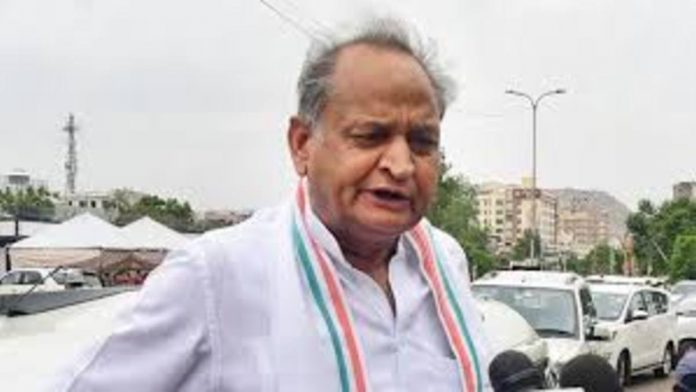 The much-anticipated Rajasthan cabinet change gained traction on Friday night, with three ministers in the Ashok Gehlot government offering their resignations to Congress president Sonia Gandhi, according to Ajay Maken, the party’s Rajasthan in charge.

State school education minister and PCC president Govind Singh Dotasra, health minister and AICC in-charge for Gujarat, are among the three who have resigned. Harish Chaudhary, the revenue minister and AICC in-charge for Punjab. Sharma and Chaudhary are state cabinet ministers, while Dotasra is a junior minister. The three resignations bring the total number of vacancies in Gehlot’s cabinet to 12. According to the 15 percent cap for a 200-member state assembly, the maximum strength authorised in the state cabinet is 30. Maken’s unscheduled visit to Jaipur suggested that the cabinet upheaval would take place in the coming days. Governor Kalraj Mishra is now in Uttar Pradesh, and is expected to return on Saturday afternoon.

After meeting with Congress MLAs one-on-one on July 30, Maken said certain ministers expressed an interest in working for the organisation rather than the government. According to Maken, the three ministers submitted their resignations to the Congress president, who accepted them. According to the law, the resignations should have been sent directly to the governor or through the Chief Minister. Dotasra’s departure from the ministry has been hinted to by Gehlot in the recent past. The CM had claimed at a teachers’ felicitation gathering the other day that the education minister’s speech appeared like a farewell speech. According to him, Dotasra had asked the party’s high command to relieve him of one task in accordance with the “one man, one post” philosophy.