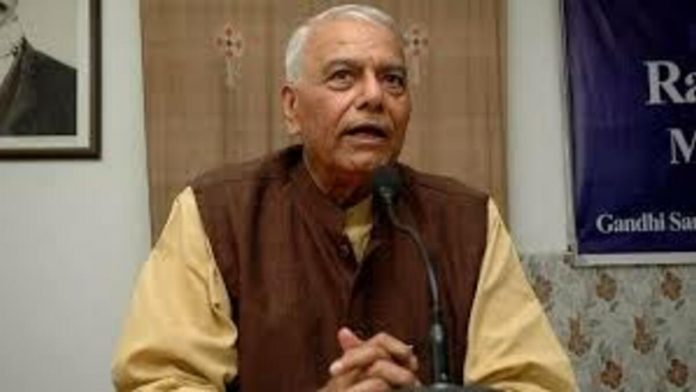 Yashwant Sinha, the joint opposition candidate for president, was given Z security protection on Friday by armed Central Reserve Police Force (CRPF) commandos. The second-highest level of security protection offered to high-risk people in the nation is the Z category. According to officials, the 84-year-old leader will always be escorted by commandos when he travels across the nation. There will be eight to ten of them working in shifts.

He is anticipated to submit his nomination on June 27 and then go around India.

In March of last year, Yashwant Sinha, a former minister in the Atal Bihari Vajpayee administration, joined the Trinamool Congress (TMC). But after being selected as the unified opposition’s presidential candidate earlier this week, he abruptly abandoned the party.

Days prior, the National Democratic Alliance’s (NDA) presidential candidate Droupadi Murmu received Z+ security protection from CRPF commandos on behalf of the government. Murmu will travel across the nation to meet with lawmakers and leaders of different political parties in order to solicit support for her candidacy. A detachment of roughly 14–16 commandos based in Odisha has been assigned the task of providing security cover for Murmu.

The team is anticipated to protect her as well until she assumes leadership as the nation’s first citizen.

As she left the Odisha Bhavan for parliament on Friday, Murmu, who is currently in Delhi, will file her nomination.

On July 18, there will be a presidential election, and the results will be announced on July 21. The term of President Ram Nath Kovind expires on July 24.