‘Would Have Made Difference,’ Anurag Kashyap On PM Modi’s Advice On Comments Against Bollywood Came Early 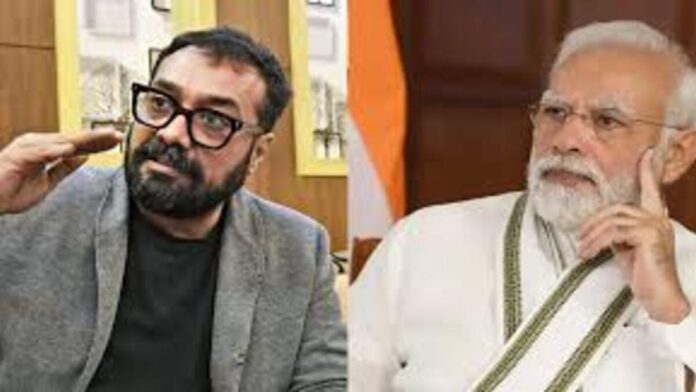 On Thursday, director Anurag Kashyap was sighted in Mumbai to promote his forthcoming movie, “Almost Pyaar with DJ Mohabbat.” In response to PM Narendra Modi allegedly advising Bharat Janata Party members to refrain from making film-related comments, the filmmaker stated that “If he had said this four years ago, it’d have made a difference.”

Anurag stated, “The Prime Minister’s comments come too late since the mob is out of control at this point,” at the premiere of the teaser for his upcoming movie. He could have changed things if he had said this four years earlier. Now, I don’t believe it will matter. Controlling their own people was the goal. Now, everything is out of control. Nobody, in my opinion, will pay attention to anyone.

According to reports, Prime Minister Narendra Modi made the comments in response to a string of recent issues, including criticism of one of the songs in the upcoming high-octane action thriller movie Pathaan starring Shah Rukh Khan. In response to the song “Besharam Rang” from the movie “Pathaan,” which stars Shah Rukh Khan and Deepika Padukone, several BJP officials complained that the song’s picturization offended the Hindu community.

It’s excellent that Prime Minister Modi gave such advise to his party members, said producer Shariq Patel of Anurag Kashyap’s “Almost Pyaar with DJ Mohabbat,” who was also there at the event. He added, “I hope it’ll lead to something good and stop whatever negative there is against the industry.”

“Even I hope I’m mistaken about this, I’ll be really delighted if I’m proven incorrect,” Anurag Kashyap responded.

Several Bollywood movies, including “Laal Singh Chaddha,” “Raksha Bandhan,” and “Brahmastra: Part One – Shiva,” have recently come under fire on social media with the hashtag “#BoycottBollywood.” Shah Rukh Khan’s Pathaan, which will be released next week, is the most recent to be involved in controversy.