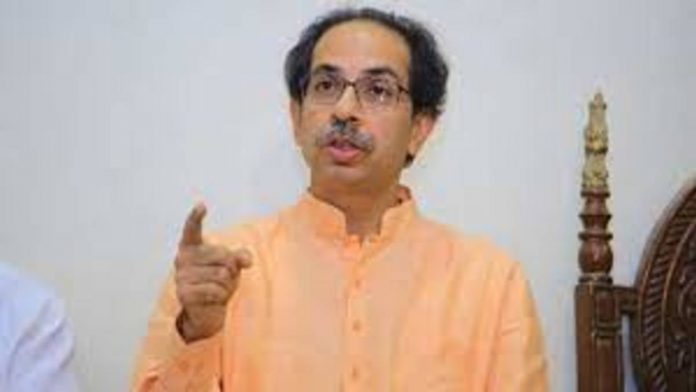 Amid the high Covid crisis in the country the ruling Shiv Sena in Maharashtra said that when even the small countries are stepping ahead to help India in fighting the pandemic the Central government is not stopping its multi-crore Central Vista project in Delhi.

Praising the efforts made by the previous Prime Ministers since independence — Jawaharlal Nehru, Indira Gandhi and Dr Manmohan Singh it said the system made in previous 70 years is helping India survive throughout these present tough times.

“The UNICEF has expressed fear that there is a threat to the world from India due to the pace at which coronavirus is spreading in the country. It has also made an appeal that maximum number of countries should help India in the fight against COVID-19. Bangladesh has sent 10,000 Remdesivir vials, while Bhutan has sent medical oxygen. Nepal, Myanmar and Sri Lanka have also offered help to ‘aatmanirbhar’ India,” said Sena in an editorial in local newspaper ‘Saamana’.

“In clear terms, India is surviving on the system created by Nehru-Gandhi. Many poor countries are offering help to India. Earlier, countries like Pakistan, Rwanda and Congo used to get help from others. But due to the wrong policies of today’s rulers, India is going through that situation now,” it further said.

Astonishing at the Centre’s move to continue the Central Vista Project of worth 20 crore the party said that nobody feels shame over getting help from countries like Bangladesh, Bhutan, Pakistan while on the other the government is not willing to stop its construction of new parliament house.

The redevelopment venture of the Central Vista – the power corridor of the nation – conceives another triangular Parliament building, a common Central Secretariat and the patching up of the three-km-long Rajpath from the Rashtrapati Bhavan to India Gate and new homes for the Prime Minister and the Vice President.

The experts have predicted the third wave to be severe when the country is badly hit by the second wave of Covid-19, the BJP is busy in doing everything to take down Mamata Banerjee till now, said Shiv Sena.

“A sensitive and a nationalist government would not have thought about the political pros and cons and set up a national panel of all main political parties to discuss ways to defeat the pandemic,” said the Chief Minister Uddhav Thackeray.

“BJP MP Subramanian Swamy has demanded that Union minister Nitin Gadkari be given the charge of the health ministry and this is a proof that the current union health ministry has been a complete failure,” the party added.

India has even left Brazil and USA behind in deaths occuring through the virus. Total 36,110 deaths have been reported in just ten 10 in the country. India is hard hit as one out of every five deaths across the world is from India.