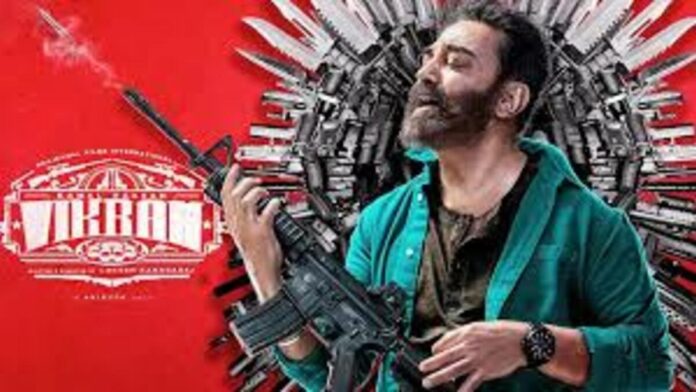 The film will be shown between October 5 and 14 at the prestigious Busan International Film Festival (BIFF).

“Vikram” will be screened in the Open Cinema category, which honors fresh and well-regarded films from around the world that strike the ideal mix between mainstream and artistic cinema.

The multifaceted legend Kamal Haasan and R. Mahendran produced “Vikram,” which debuted on June 3 of this year and went on to become the biggest grossing Tamil movie in the UK and a worldwide box office sensation.

The film’s world was expertly crafted by director Lokesh Kanagaraj. This, together with a fantastic cast, helped “Vikram” become one of the most popular Indian films of 2022.

“Vikram has received an overwhelmingly positive response from people all across the world. The selection of the Busan International Film Festival is a triumph for the entire team and adds to the film’s resume. We are appreciative of all the love and adoration from the fans and are honored that our movie is being screened with some of the best movies in the world “CEO of Raaj Kamal Films International, V. Narayanan, remarked.