Wipro Makes History As It Acquires US Based Capco For Worth $1.45 Billion

By this deal Wipro is planning to establish its brand strongly in the financial world with having good number of clients and consultants. This will also give the IT company an easy access to the big financial markets. 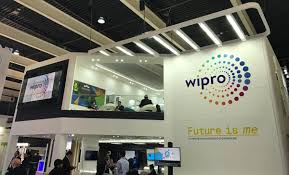 Wipro has signed a largest ever acquisition deal after it agreed to acquire London-headquartered management and technology consultancy company Capco, which facilitate digital, consulting and technology services to the financial institutions in the regions of Asia Pacific, America and Europe.

The deal is subject to regulatory approvals of anti-trust in the United States of America, Canada, Austria, Brazila and Germany. The agreement is a fully cash deal and is likely to complete by June 30, 2021, the end of second quarter.

The company Capco has around 5,000 consultants, 100 clients which include some leading financial institutions of the world are now going to be the part of Wipro.

While dealing the Wipro Chairman Rishad Premji said that the deal is going parallel with what the company had said earlier that it will be a “bolder, ambitious and risk taking Wipro” in the future.

By this deal Wipro is planning to establish its brand strongly in the financial world with having good number of clients and consultants. This will also give the IT company an easy access to the big financial markets.

While investing in Capco the CEO and Managing Director of Wipro explained the synergies as, “Acquiring Capco helps us grow our global financial business, which is our largest business, from current $2.5 billion to $3.2 billion with a strong consulting footprint.”

Both the companies will independently work even after the acquisition but will be interdependent in terms of access to information and clients of both the sectors.

Capco’s turnover for the calendar year 2020 stood at $700 million with the top 30 clients brining in 79 per cent of its revenues. With 51 per cent of turnovers from banking and payments and 34 per cent from capital markets from a sectorial standpoint, Capco has its footprint in regions including US, UK, France, Germany, Poland, Slovakia, Austria, Poland, Switzerland, Brazil, India, Singapore, Malaysia and Hong Kong.