Will Opposition Elect Sharad Pawar As Next President? 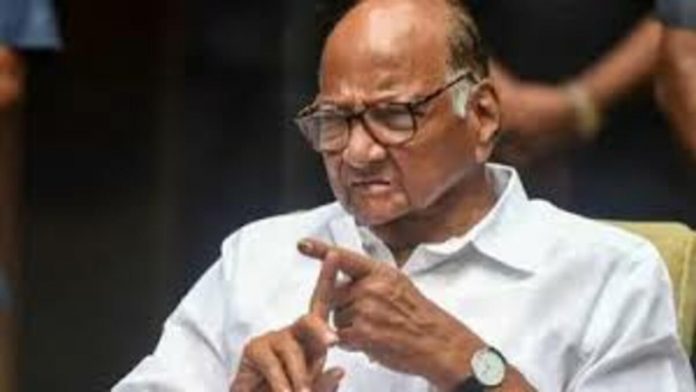 In the run-up to the election next month, the opposition’s quest for a presidential candidate has accelerated with a series of meetings and phone conversations. With all of the attention on former Union Minister Sharad Pawar, talk is rife that he could be the opposition’s choice for India’s top job.

The initiative has the support of Sharad Pawar’s Maharashtra allies, the Congress and the Shiv Sena.

So far, the NCP’s head has been noncommittal.

The Congress also reached out to Bengal Chief Minister Mamata Banerjee, who has organized an opposition meeting for Wednesday at the Constitution Club in Delhi to discuss a combined presidential election strategy. Mr Kharge is said to have recently spoken with Ms Banerjee.

On July 18, India’s next President will be elected, and the counting, if necessary, will take place three days later. The term of President Ram Nath Kovind expires on July 24.

Mr Pawar, one of India’s most senior and – some say shrewdest – politicians, has been credited with forming and dismantling numerous coalitions and coalition governments over the years.

He was the architect of Maharashtra’s ruling coalition, uniting ideologically opposing groups such as the Shiv Sena, the Nationalist Congress Party, and the Congress to defeat the BJP’s drive for power.

The BJP’s JP Nadda and Union Minister Rajnath Singh have been given authority to hold talks with parties from all sides of the political spectrum in order to reach a consensus.

According to insiders, if there is no agreement, the BJP would prepare for an election.

The presidential election is decided by an electoral college made up of MLAs and MPs. The new President of India will be chosen by 4,809 electors, including both MPs and MLAs.

The value of each MLA’s vote is determined by the state’s population and the number of assembly seats.

The electoral college has a total strength of 10,86,431. Any candidate who receives more than 50% of the vote wins.

The BJP and its partners are currently 13,000 votes short of a majority.

This time, though, Telangana Chief Minister Chandrashekhar Rao, or KCR, is spearheading attempts to unite opposition forces to take on the BJP collectively.