Will Mamata Be The Face Of Opposition At Centre In 2024 LS Elections ? 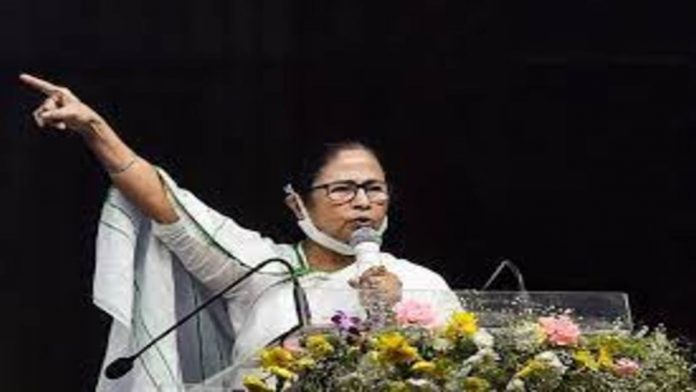 In the results declared on May 2 of the state assembly elections the TMC supremo Mamata Banerjee has emerged as “Didi No 1” by attaining best majority in Bengal, defeating the largest party of BJP led by Modi-Shah duo. For her this win has resulted into having a feat to lead against the BJP in the next Lok Sabha Polls.

Even those who predicted a win for Mamata did not expect the win with this much majority.

BJP, the biggest opposition party in the state had conducted huge number of rallied until they were called off by the Election Commission. Prime Minister Narendra Modi conducted total 15 rallies in just 12 days in the state and Amit Shah addressed 62 in 28 days. Many other leaders including cabinet ministers, chief ministers from BJP ruled states consistently campaigned in the state for the period of 117 days.

Banerjee confronted the invasion with crowds of TMC leaders being weaned away by the saffron camp causing a circumstance that recommended it was a sinking transport. As the fight lines developed sharper and BJP’s hostile got stronger, the TMC chief battled head on, campaigning in pretty much every seat. With a significant number of her MLAs confronting hostile to incumbency yet her own popularity declining to subside on the ground, Banerjee’s campaigning likewise saw a directs hits at Modi and Shah.

“If she is so bad, incompetent as they say, why is it that the country’s Prime Minister has to come down three days a week to campaign against her… she must be very powerful then,” said a taxy driver in Kolkata. The direct attacks on Mamata only brought more support from her supporters.

At one side left, Congress and others were easily defeated but BJP was seen as an best opposition party in the state. The nationwide losing Congress gives her a signal to stand firm against the BJP at the Centre. Rahul Gandhi’s decision to skip the state and apparantly the pandemic is now said to have clear the space for TMC.

Hinting at leading at the Centre in LS polls Ms Mamata Banerjee on Sunday said that “the Bengal victory for TMC is the beginning of the downslide of the Modi-Shah-led saffron supremacy” in the country.