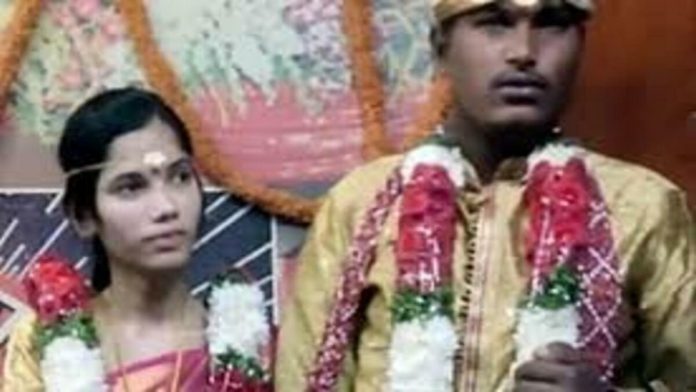 Nagaraju, a Dalit man who was killed in an honour killing in Hyderabad, was told by his wife that he would ‘live and die’ with her and that he was’ready to die’ after she warned him that her brothers were aggressive and that being married could put his life in danger.

Syed Ashrin Sultana aka Pallavi, Nagaraju’s wife, stated, “I attempted to persuade him to marry someone else months before our wedding because I didn’t want to put him in danger because of me. When my family found out about us, they threatened to murder him while he was at work.”

She also bemoaned the fact that no one came to her husband’s aid despite her pleadings. She explained, “My husband would still be alive today if the passersby had helped. It’s not only about us; anytime such a crime occurs anywhere in the world, everyone should come to aid.”

“The onslaught went on for 15-20 minutes, but nobody helped,” she added.

Nagaraju and his bride, Syed Ashrin Sultana (aka Pallavi), married two months ago against her family’s wishes because they were from different communities.

At around 9 p.m. on Wednesday, Nagaraju (25) was stabbed to death at the Saroornagar Tehsildar office. The perpetrator fled the scene. Many onlookers took pictures of his body and recorded the incident on their phones.