Why you dont have to pay more for petrol, diesel despite the new agri cess ?

The new cess will ensure enhanced remuneration for the farmers. and to earmark resources for this purpose the finance minister proposed an Agriculture Infrastructure and Development Cess (AIDC) on a small number of items in the Union Budget. 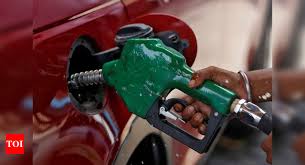 On Monday in the Union Budget the Finance Minister Nirmala Sitharaman while presenting the budget announced a new agriculture cess that will be levied on gold, petrol and diesel. The government say that this new cess is introduced to boost the agricultural infrastructure of the country and the economy.

“This (new cess) will ensure enhanced remuneration for our farmers. To earmark resources for this purpose, I propose an Agriculture Infrastructure and Development Cess (AIDC) on a small number of items,” Ms Sitharaman announced in the Union Budget.

She also clarified that the new cess will not be burdening the consumers as new cess generally means that the consumers will have to pay more amount for the same item or services.

“While applying this cess, we have taken care not to put additional burden on consumers on most items,” Ms Sitharaman announced.

Why you don’t have to pay more

But additionally the Finance Minister also announced that the government will reduce the Special Additional Excise Duty (SAED) and Basic Excise Duty so, “Overall, there would be no additional burden on the consumer,” said the minister.

So according to the reports now the unbranded petrol and diesel will charge basic Excise Duty of Rs 1.4 on petrol and Rs 1.8 on diesel per litre.

Union Commerce Minister Piyush Goyal hitting out at US e-commerce giants like Amazon and Walmart has accused them for disregarding the Indian laws by...
Read more
POLITICS

Amid the allegations of profiteering on Covid-19 vaccines, Centre on Tuesday has fixed the maximum price limit for Covidshield, Covaxin and Sputnik V unto...
Read more
BUSINESS OPURTUNITIES

The Finance Ministry on Sunday explained how exclusion of Good and Services Tax (GST) from Covid relates products and equipments will make them even...
Read more
- Advertisement -