Why Ranbir-Alia Starrer Brahmastra Is Reviewed As Movie For Kids? 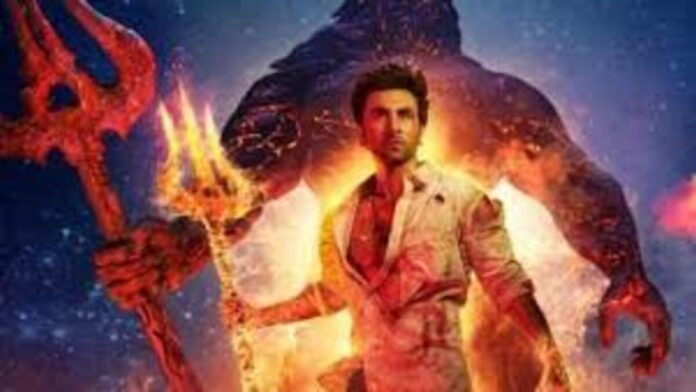 Since there isn’t much to say, let me start by discussing what works in Brahmastra: Part One – Shiva. The film opens with Shah Rukh Khan, who is playing a prominent scientist called Mohan Bhargav, sitting at his residence when the baddies – Mouni Roy and her two followers come. At this point, it is made known that Khan is a member of the covert organisation and is tasked with guarding one of the three components of Brahmastra. The opening of the movie was redeemed by SRK’s humour and acting talent. Owner of the Vanar Astra, he (monkey powers). Given the cliche and annoying dialogues and the pointless plot, Mouni Roy should also be commended for playing Junoon as best she could. The songs in Brahmastra: Part 1 – Shiva, including Kesariya, Deva, and Dance Ka Bhoot, are all upbeat and enjoyable.

Oh, and if you’re curious what Brahmastra and Astras are all about, we have 2 hours and 43 minutes of explanations for you.

Junoon and her allies Zor and Raftaar grab the scientist and takes away his ‘Payal’. You did read that correctly. Only when SRK was wearing an anklet could his Vanar Astra activate. Junoon is able to hypnotise the scientist into learning about the Brahmastra’s second chapter. We notice a handsome man jogging in a red shirt as this is all going on. It’s our main character, Ranbir Kapoor, also known as Shiva, who works as a DJ. He arrives at the Dusshera pandal to play for the guests, but it is at this point that he first encounters Isha (Alia Bhatt). He only has to glance at her to fall in love. Although the moment has been brilliantly caught, the scene that follows ruins the mood. Ravan starts to burn, and strange things start to happen. At this point, we learn about Shiva’s special ability—he cannot burn. This is also the point at which we discover that the visual effects fall short of what filmmaker Ayan Mukherji has advertised. If Mukherji hadn’t stated that the film and its VFX took four years to complete, this may have been easily overlooked. He even went so far as to contrast the visual effects in Brahmastra with those in the Marvel Cinematic Universe in one of his making-of films.

Without even knowing her name, Shiva is in love with the girl he saw at the pandal. Shiva meets Isha at a party by chance (or perhaps Karan Johar, as he claims), and she instantly believes him when he says, “Bharosa karna aata hai? ” and departs with him and his friends for a different party. Shiva takes her to the orphanage where he was born and currently resides. His simplicity moves Isha, who then asks him, “Kaun ho tum,” as if the entire development of his character weren’t enough. Oh, did I forget to mention that Alia Bhatt later joined Ranbir as they danced to Katrina Kaif’s song Chikni Chameli? That seems pointless, unless perhaps Ranbir is giving his ex-girlfriends some screen time. In this review, I’ll finally explain why I said it.

Shiva begins to have fits as he can see the future while lecturing on the value of light. He witnessed the murder of Mohan Bhargav by Junoon and her men. Additionally, he saw that Varanasi is home to the second Brahmastra work, which is being painted by the well-known Anish.

Quick update: The movie is starting to get boring.

Shiva chooses to return to the pandal to look for Isha after he awakens. Isha is unfazed by his revelation of his supernatural abilities and urges him to travel to Varanasi to save Anish. Isha learns of Shiva’s ability to play with fire right after the song Kesariya. Prior to any preparations being made, Junoon and her colleagues also arrive in Varanasi. They are all trying to track out Anish. This chase now includes something that is utterly irrelevant. Even though I can see that a movie with such a large budget would have needed money, advertising a product in the middle of an action scene is just plain strange. Isha decides to divert Zor’s attention while searching for the artist. To do this, she strikes up a conversation with him by asking for his phone to make a call, at which point she abruptly adds, “Jio ka outgoing free hai bhaiya.”

Eventually, we learn that Nagarjuna possesses the Nandi Astra, but ironically, he is defeated by firearms. What makes sense now? Why has so much attention been dedicated to weaponry in the film when everyone possesses supernatural powers? How can an Astra — the most powerful object seen in the film possibly be killed by a bullet?

Well, the story (film) doesn’t finish here, though I wish it had.

Using GPS navigation, Shiva and Isha arrive at the Aashram of the Guru, who is none other than Amitabh Bachchan. Why is Junoon unable to locate the Aashram if doing so would be so easy? Such queries would certainly come up after watching the movie.

Oh, and if you’re wondering what happened to Anish’s character, I’ll tell you that Nagarjuna was only used for two scenes.

At this point, we learn that Zor currently owns Vanar Astra. Additionally, Zoravar has removed the Nandi Astra. However, when the couple arrives to the Aashram and Zor tries to assault Shiva, Shiva can use his ability to burn to kill him.

Amitabh Bachchan’s persona is diminished to that of a simple Guru with no aim at all.

I believe the Mahadev serial, featuring Mohit Raina, has a more compelling plot.

Shiva is told by the Guru about his abilities and his parents, Dev and Amrita. He tells a story on the conflict between obligations and love. Like him, his father owns Agni Astra, and his mother Amrita is the proprietor of Jal Astra. Because her husband desired to own Brahm Astra, which would have destroyed the universe, she had kept the fragments of Brahmastra hidden from him.

Here’s why I said that Ranbir was giving his ex-wives and perhaps their current companions space: In the second instalment of Brahmastra, Deepika Padukone will play Amrita and Ranveer Singh will play Dev. She appears in the opening scene of Brahmastra.

The decisive scene in the movie is a confrontation between Junoon and her gang and Shiva and the hidden society. The entire scenario is meant to demonstrate how Shiva first uses a lighter to gain control of Junoon before eventually mastering the art of starting a fire on his own. I could go on and on about how awful the dialogues are: “marne k baad uss paar dhoond lena,” “Agar kuch kia to mein Brahmastra fek doogi,” “maut aaegi to pehele meri.”

The world doesn’t end even when Junoon connects all three parts of Brahmastra, but happily the movie does. But before that Ayan illustrates how love can conquer anything and just because Shiva was willing to sacrifice his life for Isha, the world is not coming to an end.

My heart sank as the movie’s producers revealed Brahmastra – Part 2: Dev at the conclusion. I cannot bear another torment. The film’s VFX are clearly superior than what we have previously seen, yet they fall short of the expectations. The sentences are cliche, and Ayan Mukherji has wasted Shah Rukh Khan, Nagarjuna, and of course, Amitabh Bachchan’s talents and popularity. Mukherji has to be recognised for his vision but I feel he forgot to edit the film. It might have been cut down to no more than 30 minutes. A 4-year-old would probably find Brahmastra – Part 1: Shiva appropriate because they are more mature than adults. Better was promised by Ayan Mukherji.