Why Failing Box Office Performance Became A Trend In Bollywood? 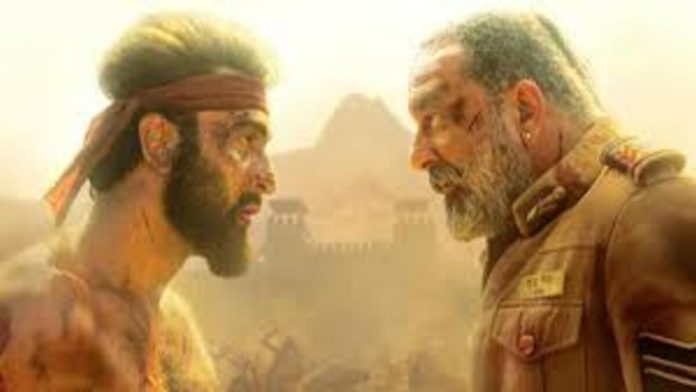 starring Ranbir Kapoor Shamshera is the most recent entry in a lengthy line of recent Hindi films that have performed poorly at the box office, including Samrat Prithviraj, Bachchhan Pandey, Dhaakad, and Jayeshbhai Jordaar. Both moviegoers and filmmakers have legitimate worries about this trend, which has given rise to a number of them. What’s wrong, exactly? The growing audience cynicism against commercial, mainstream Hindi film is a phenomena that requires investigation.

While Hindi movies aren’t performing too well, their southern rivals have been effective in capturing the public’s attention. Never before have Southern films that cross linguistic boundaries enjoyed this type of success, making this a significant event in contemporary Indian film history. Rajinikanth was maybe the lone exception, even if his movies also only saw limited release in non-Southern Indian areas.

In the heartland of Hindi cinema, the box office hauls of movies like Pushpa: The Rise, KGF: Chapter 2, and RRR are notable. I recently came across Pushpa products in country shops while traveling through rural West Bengal. These items included shirts and T-shirts that featured star Allu Arjun’s face. Later, at the village intersection, I saw some young people exhibiting their Baahubali memorabilia with pride. That too in a setting where a Bangla dialect is the only one that is heard and spoken. This illustrates the great penetration that these films have been able to acquire because it was unthinkable even ten years ago. There is no denying that the spread of digital technology has aided in this reach. But this also challenges our preconceived beliefs about the superstardom and fandom of Hindi cinema.

Have those supporters now relocated to greener fields? Are they sick of seeing the same movies starring their favorite actors over and over again? Does this serve as a kind of forewarning that there are still other options for good amusement besides Hindi cinema, which is now widely available and accessible?

These South Indian movies are extravaganzas for the big screen. When seeing these movies, the audience is anticipating a show. Some people even compared Baahubali: The Beginning to James Cameron’s Avatar when it was first released. There should be a separate conversation concerning the substance of these movies because of how potentially regressive it can be. Even the upcoming Brahmastra by Ayan Mukherji, which will finally hit theaters this year after numerous delays, has been compared to these significant Southern motion pictures. Will it provide comparable dividends? Although we must wait and see, a template has undoubtedly been made.

However, this points to a more serious issue: a lack of creativity or imaginative thinking. Is the Hindi mainstream industry so short on content that they have to use a South Asian model? Remakes of Southern movies also make up some of the other huge box office hits of Hindi cinema, such as the extremely troublesome Kabir Singh. In order to capitalize on the star’s enormous fan base in the South, Telugu actor Vijay Deverakonda, who played the lead in Arjun Reddy, the film on which Kabir Singh was based, is now being introduced by Karan Johar in the upcoming Hindi film Liger.

On the other hand, OTT channels during the pandemic allowed people to discover modern Malayalam film. These movies have now become the foundation of numerous film debates. They have succeeded where mainstream Hindi cinema has often failed in striking a beautiful balance between business and content. It is not non-mainstream to watch movies like Malik, Bheeshma Parvam, Dear Friend, Kurup, Salute, and Minnal Murali. Successful Malayalam actors with noteworthy filmographies, like Tovino Thomas and Fahadh Faasil, have also supported films with equally high potential as producers. They are making trends rather than simply following them. These movies stand out because of how innovatively they choose to tell their stories and present their characters. Viewers who have access to such films via OTT platforms have learned that high-quality films don’t necessarily require enormous costs and may be produced with modest resources. Why should people accept anything less when they can watch superior movies in the comfort of their own home? After all, the best exposure for a film spectator is to watch quality movies.

In comparison to the film ecosystems of Hindi, Tamil, or Telugu, the Kerala film industry is tiny. No comparable trajectory can be seen in contemporary Hindi film. Even its players who have since transitioned to producing support traditional subjects, thus recycling tried-and-true methods.

The genre of South Indian cinema is not uniform. The combination of large-scale spectacular movies and content-driven movies is a model, nonetheless, that many would like to emulate but few are able to accomplish. Does the latest wave of Hindi film industry rejections suggest that moviegoers require greater content? It’s still too early to say that, but will films that look like those from the South provide some relief? Anurag Kashyap recently claimed that the reason Hindi movies aren’t doing better is because they are being produced by non-Hindi speakers who aren’t culturally entrenched in the language. But that’s only a small portion of the issue. In order to progress beyond pyaar, ishq, mohabbat, and nafrat, Hindi cinema requires better vision, concepts, screenplays, and a commitment to change.

FLAME University in Pune is where the author teaches literary and cultural studies.