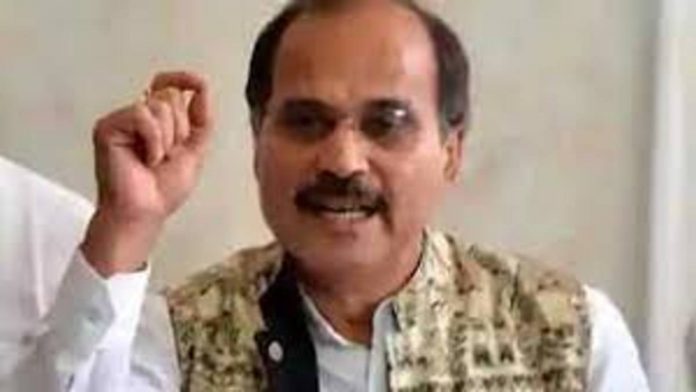 Sonia Gandhi, the president of the Congress, is widely expected to succeed Adhir Ranjan Chowdhury as the party’s Lok Sabha leader ahead of the monsoon session of Parliament, which begins on July 19.

Adhir Ranjan Chowdhury, a staunch Gandhi family supporter who has repeatedly confronted sceptics, was surprised by the decision. Last year, his attacks on the G-23, a group of 23 Congress leaders who wanted a reorganisation of the party, including an open and fair election to the party’s presidency, were the most vehement.

However, Adhir Ranjan Chowdhury, who is an ardent supporter of the Gandhi family and a vocal opponent of West Bengal Chief Minister Mamata Banerjee, might be seen as a roadblock to building a united opposition to the Narendra Modi government and the BJP.
With Adhir Ranjan Chowdhury as the party’s Lok Sabha leader, the Congress leadership may be able to shoot more birds with one arrow.

Mamata Banerjee and the Trinamool Congress of West Bengal have a history with Adhir Ranjan Chowdhury. That history aids him in maintaining his political clout in Bengal’s political constituency.

Adhir Ranjan Chowdhury was persistent against Mamata Banerjee even during the West Bengal Assembly election, when the senior Congress leadership rarely participated in a serious poll campaign in West Bengal.

He slammed her for the Nandigram episode, which Mamata Banerjee said was a BJP-planned attack, as well as her “Hindu” card. Adhir Ranjan Chowdhury has clearly ruled out forming a post-election partnership with Mamata Banerjee’s TMC.

Rahul Gandhi, on the other hand, kept away from the Bengal election campaign and withdrew as the number of cases of Covid-19 increased. His decision, it was claimed, was made to reduce the number of votes split against the BJP. The Congress was wiped out, but the BJP emerged in second place in Bengal.

Now is the moment for a national meeting in the Parliament. With a history of clashes with Mamata Banerjee and her TMC, Adhir Ranjan Chowdhury as the Congress’s Lok Sabha floor leader could give the BJP an advantage.

During the monsoon session, when the TMC aims to intensify its campaign against Bengal Governor Jagdeep Dhankhar, the Congress is expected to provide support.

According to reports, the TMC intends to send an Opposition delegation to President Ram Nath Kovind to demand Dhankhar’s ouster as Bengal governor. Removing Adhir Ranjan Chowdhury as the Congress’s Lok Sabha floor leader would be a gesture of goodwill toward the TMC.

G-23 has emerged as the most serious opposition to the Gandhis in the Congress in several years. Ghulam Nabi Azad, Anand Sharma, Shashi Tharoor, Kapil Sibal, and Manish Tewari, among others, were among the G-23 leaders who forced the Gandhis to strike a conciliatory tone by remaining unified.

Later, the Gandhis approached several of the G-23 leaders and offered them major responsibilities in resolving their problems. Adhir Ranjan Chowdhury, on the other hand, remained their harshest critic. Some saw his abrasiveness as driving a gap between the Gandhi family and the 23 prominent Congress leaders.

There is now talk that Shashi Tharoor or Manish Tewari could be named the Congress’s Lok Sabha floor leader. Ghulam Nabi Azad, Anand Sharma, and Kapil Sibal are not members of the house.

Both nominations would be viewed as significant concessions by the Gandhis to the unhappy G-23. This could calm the worries of some top party officials who are concerned about Rahul Gandhi’s political style.

Clear the road for Rahul Gandhi

For the past few months, the buzz in Congress has been that Rahul Gandhi is set to run for president again. One of the G-23’s requests, in apparent disagreement with Rahul Gandhi, was for visible leadership 24*7.

It was previously speculated that if the Congress performed well in the five state elections, Rahul Gandhi could return with vigour. However, the results were bleak for the Congress, with the exception of the DMK, which swept the polls in Tamil Nadu. G-23’s position in pushing reforms within the party is strengthened as a result of this.

In the high-stakes election, Bengal Congress chief Adhir Ranjan Chowdhury failed to deliver even a single seat. His ouster as the Congress’s Lok Sabha leader would also signify that during Rahul Gandhi’s second term as party president, performance rather than verbal loyalty to the family alone might be a guarantee of occupying positions of importance.