Why Chinese Ship Sailing Towards Sri Lanka Is A Worry Sign For India? 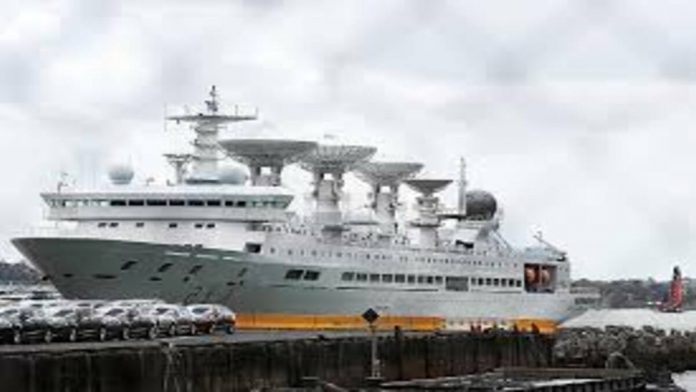 India is concerned about security after learning that a Chinese ship equipped to track ballistic missiles and satellites is sailing toward a port in Sri Lanka. The action takes place at the same time as China’s build-up off Taiwan’s coast, which began with Nancy Pelosi’s visit.

The Yuan Wang Class ship monitors satellites and intercontinental ballistic missiles. It is scheduled to dock in Hambantota Port on August 11 or 12. The 400-person ship includes a sizable parabolic tracking antenna as well as a number of sensors.

The ship might be able to see India’s missile testing from Wheeler Island off the coast of Odisha if it is stationed in certain areas of the Indian Ocean.

Despite being aware of India’s worries, the Sri Lankan government has informed NDTV that they will permit the ship to dock because it is a non-nuclear platform. According to Colonel Nalin Herath, the media spokesman for the Sri Lankan Defense Ministry, “China notified us that they are sending their ship for surveillance and navigation in the Indian Ocean.”

According to officials in the Indian administration, they are keeping an eye on the ship’s movement. In order to protect its economic and security interests, India has stated that it will closely watch anything that could have an impact on them.

The Yuan Wang will probably navigate other Indonesian channels to reach the Indian Ocean instead of the congested Straits of Malacca.

The China National Space Administration is in charge of the ship, but also includes a strong military component.

India continues to be wary of China’s expanding sway in Sri Lanka, which is indebted to Beijing for expensive infrastructure projects like the $1.4 billion Hambantota Port.

In 2017, Sri Lanka, which was struggling to make debt payments on the facility, granted a Chinese corporation a 99-year lease on the port, which is situated along the important East-West international trade lanes. Sri Lanka started bailout negotiations with the International Monetary Fund after going into default on its $51 billion in foreign obligations in April.