Who will win the Muslim support in 2021 west Bengal elections?

No,' said Biden, when asked whether the US will lift sanctions to convince Iran to participate in negotiations 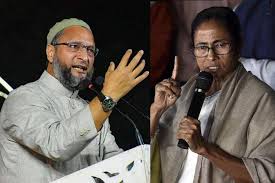 In the upcoming Bengal elections, it has been observed that there have been a lot of ups and downs which has impacted society at large. Amid the on-going election program, two of the political parties which are Congress and All India TrinamoolCongress are seemed to be at loggerheads in order to win the Muslim votes.

Muslims comprise around 30 per cent of voters in West Bengal, where assembly election is expected in April-May. Muslim voters are considered to be the deciding factor in a Bengal election.

The challenge to the TMC had already become serious with Owaisiannouncing his plans to contest the upcoming state polls on a sizeable number of seats. The threat has become graver with the congress planning to ally with Indian Secular Front now.

The Indian Secular Front is backed by Islamic cleric Pirzada Abbas Siddiqui, an influential Muslim leader in Bengal. Siddiqui had previously supported Mamata Banerjee in 2011 and 2016 when she won the Bengal elections.

In 2011, Chief Minister Mamata Banerjee’s Trinamool Congress stunned the CPM-led Left Front in that year’s Bengal election, which took place against the backdrop of the Sachar Commission report that said Muslims were in a worse condition in the state.

In 2019 LokSabha polls, the BJP trailed the TMC by three per cent votes. Some analysts said Mamata Banerjee’s TMC won more seats than the BJP in 2019 as it could garner 65 per cent of Muslim votes. Any significant division of Muslim votes due to jostling among the Congress-Left mahajot (grand alliance), the TMC and Owaisi-Siddiqui appeal, could change the tide in Bengal.