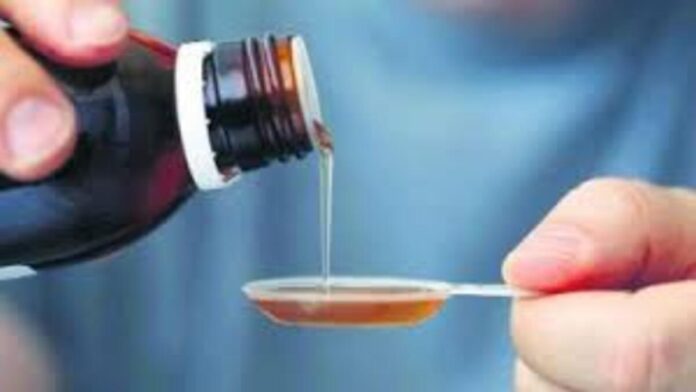 The World Health Organization (WHO) has issued an alert regarding four fever, cold, and cough syrups produced by an Indian business, advising people not to use them in the wake of the death of 66 children in the Gambia. Promethazine Oral Solution, Kofexmalin Baby Cough Syrup, Makoff Baby Cough Syrup, and Magrip N Cold Syrup are the four syrups produced by Maiden Pharmaceuticals, a company based in Haryana.

“Laboratory analysis of samples of each of the four items reveals that pollutants such as diethylene glycol and ethylene glycol are present in prohibited concentrations. These four goods have so far only been found in the Gambia, but they may have travelled through unofficial markets to other nations or areas, the WHO warned in the notice.

Until they are examined by the relevant national regulatory authorities, all batches of the items “should be considered dangerous,” it stated.

The Central Drugs Standard Control Organisation (CDSCO), India’s top drug regulatory body, has reportedly already opened an investigation into the subject after being told of the problem on September 29. The company did manufacture and export the syrups to Gambia, according to the Haryana state regulatory agency. Only Gambia has purchased the product thus far from the business.

According to sources, the WHO identified diethylene glycol or ethylene glycol contamination in four of the 23 samples that were evaluated. However, the internal government agency has not given India any information regarding the death’s causative relationship or any documentation demonstrating that the syrups were to blame for the fatalities.

Diethylene glycol and ethylene glycol have severe side effects that can include nausea, vomiting, diarrhoea, altered mental status, headaches, and acute kidney injury that may be fatal. The WHO alert stated that the dangerous goods mentioned in the alert “may cause serious harm or death, especially when used by youngsters.”

Additionally, it recommended that nations step up their supply chain monitoring in order to find and eliminate any subpar goods. It was also important to demand for the monitoring of unofficial or unregulated markets.

Please don’t utilise these inferior products if you have them. “You are advised to seek immediate medical advice from a qualified healthcare provider if you or someone you know has used these products or experienced any adverse reactions or events after use, and to report the incident to the National Regulatory Authority or National Pharmacovigilance Center,” the WHO alert advised.

If any of these inferior products are found in the national jurisdictions, they must be reported.

In a tweet from the WHO Twitter account, Dr. Tedros Adhanom Ghebreyesus, the organization’s director general, was cited as saying, “The four drugs are cough and cold syrups produced by Maiden Pharmaceuticals Limited, in India. In collaboration with the business and Indian regulatory authorities, WHO is conducting additional investigations.

In 2020, Jammu and Kashmir in India reported the deaths of 17 children who had consumed another type of cough syrup tainted with the same diethylene glycol. Another example involved at least three children who died in New Delhi last year after ingesting a cough syrup that contained dextromethorphan, one of the four syrups WHO has warned consumers about.

watch fc2 ppv free only VENX-180 Mother Who Loves To Tease Is A Stopping Technician Ejaculation Control Sex That Makes My Child A Fornication Pet Yuko Shiraki MOGI-064 4 Months Limited Very Lewd Dialect Girl Who Applied From Aomori 3rd "Take Out Nakasa" Raw Creampie For The First Time In Her Life Ai Nonose FC2-PPV-3123588 [THE BEST AMAZING ~Kyoku no Kirameki~] I won't forget Ayanami. - Fate, which should never have met, begins to move. - A new world just for the two of us. - Uta Ayanami 18 years old STARS-622 A Phantom Beautiful Girl Who Could Only Shoot One Hatsume 19 Years Old AV DEBUT GMA-037 Bondage training wife A chaste beautiful wife who was threatened at her father-in-law's temporary residence. - Three Months That Made Her Masochistic Bloom With The Pleasure Of A Rope Miki Yoshii