Who is Disha Ravi ? Is She She Key Conspirator in “Toolkit” Conspiracy ?

The 22 year-old Disha Ravi was inspired to join climate activism by her grandparents who are farmers. 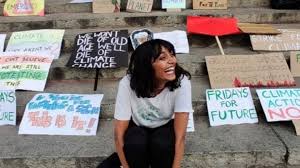 A 22 year-old climate activist, Disha Ravi had been in a limelight in recent days in the case of in question “Toolkit” conspiracy which claimed to be defamatory to Indian government and was in support of farmers. The “Toolkit” was tweeted by an international climate activist Greta Thunberg which was later deleted by her.

The “Toolkit” was alleged of a proof of a global conspiracy against Indian government and had all the detailed structure of the incidents which took place on Republic Day. With Several allegation on “Toolkit” by various Union Ministers and pro-government Twitter handles, The Delhi Police has arrested Ravi on Saturday from Bengaluru on the charges of “sharing and spreading” the toolkit.

She was presented before the Delhi Court earlier on Sunday where she denied of being part of any conspiracy by saying, “I was just supporting farmers.” She added that she didn’t create the toolkit, and just made two edits to it. After this she was sent in a five days of police custody for further questioning.

The 22 year-old Disha Ravi was inspired to join climate activism by her grandparents who are farmers. She is a student of Mount Carmel college.

Ravi is also one of the co-founders of Fridays For Future (FFF) which is an offshoot of the climate movement started by Swedish climate activist Greta Thunberg.

In an interview ‘Citizen Matters’ Ravi was heard saying, “The idea of not having office-bearers was so we keep the process transparent. Whoever is interested in working with a certain aspect pitches in.”

In an article on climate activists of colour she was quoted as saying, “The fact that you would choose to listen to a white person on the same issue rather than a person of colour, to me, is environmental racism.”

Apart from this she has also written various editorials and is currently working at Good Mylk, which is a company of food production from plants.