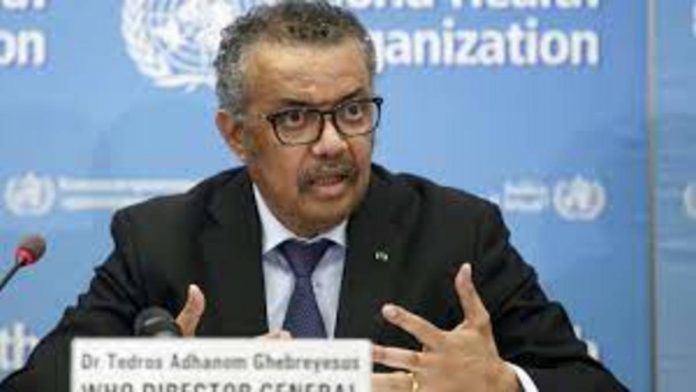 In the midst of the Delta surge, World Health Organization (WHO) Director-General Tedros Adhanom Ghebreyesus issued a warning to the world about the ‘early phases’ of COVID-19’s third wave.

“Unfortunately…we are now in the early stages of a third wave”, he said.

The expansion of the Delta variant, together with increased social mobility and inconsistent application of proven public health measures, is driving an increase in both case numbers and deaths, according to the WHO’s chief on Wednesday.

He raised concerns over a new reversal of the positive trend in COVID-19 cases and deaths, which had been driven in recent months by increased vaccination rates in Europe and North America, according to News.

Meanwhile, the virus is evolving, resulting in more transmissible strains, according to Tedros.

“The Delta variant is now in more than 111 countries and we expect it to soon be the dominant COVID-19 strain circulating worldwide if it isn’t already,” he said.

Last week was the fourth week in a row that COVID-19 instances increased globally, with rises in all but one of the WHO’s six regions. Deaths are also on the rise again, following a 10-week period of steady decline.

Tedros also brought up the persisting “shocking disparity” in the worldwide distribution of vaccines, as well as unequal access to life-saving technologies, before the Emergency Committee on COVID-19, according to the sources.

He expressed his concern that unfairness has resulted in a two-track pandemic, with one track for nations with the most vaccination access, which are reducing restrictions and reopening their communities, and the other track for those without vaccine access, who are left “at the mercy of the virus.”

Many countries have yet to get vaccines, and the majority have received insufficient amounts.

Tedros reaffirmed WHO’s call for a large vaccination campaign to reach at least 10% of each country’s population by September, 40% by the end of 2021, and 70% by the middle of 2022.

He emphasised that vaccines alone will not be enough to stop the epidemic and urged countries to stick to a “tailored and consistent approach.”

It entails employing the complete range of public health and social measures available, as well as a thorough risk management approach to large-scale gatherings.

“So many countries around the world have shown that this virus can be stopped and contained with these measures,” he stressed.

WHO recently amended its advice to make it easier to take a risk-based approach to opening.

According to UN News, the Agency is also considering possibilities to digitalize the International Certificate for Vaccination and Prophylaxis in order to provide a standardised approach to tracking vaccination status.