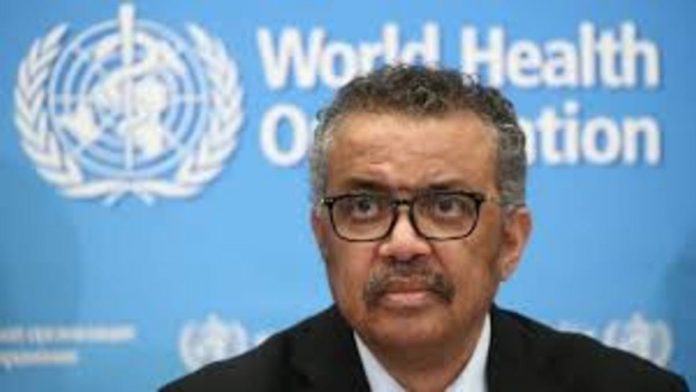 The World Health Organization’s Tedros Adhanom Ghebreyesus stated on Wednesday that the simultaneous spread of the Delta and Omicron forms of the coronavirus is causing a “tsunami of cases.”

“Delta and Omicron are twin threats that are driving up case numbers to unprecedented levels, resulting in an increase in hospitalizations and deaths,” Tedros said during a press conference.

He cautioned that the increased number of cases would put “immense pressure” on already overburdened healthcare facilities. A substantial number of health personnel are also becoming unwell as a result of Covid, according to the director-general.

As 92 of the World Health Organization’s 194 member countries failed to reach a target of vaccinating 40% of their populations by the end of the year, Tedros urged countries to share vaccines more equitably, warning that the focus on booster drives in richer countries could leave poorer countries without doses.

“I call on leaders of rich countries and manufacturers to learn the lessons of Alpha, Beta, Gamma, Delta and now Omicron and work together to reach the 70% vaccination coverage,” the global health body chief added. “I want governments, industry and civil society to work with us on a campaign that targets 70% vaccine coverage in every country by the start of July.”

New Year’s Eve will mark the second anniversary of China alerting the World Health Organization about cases of “viral pneumonia” in Wuhan city.

Between December 22 and December 28, Reuters reported that about 9,00,000 new cases were detected on average every day around the world.

These stats are continuing to rise, with new highs hit on Wednesday:
° There were 2,08,000 cases reported in France. Fifty-three individuals are in critical condition, while 184 people have died.