What Went Wong Between Aamir Khan And Netflix For Featuring Laal Singh Chaddha ? 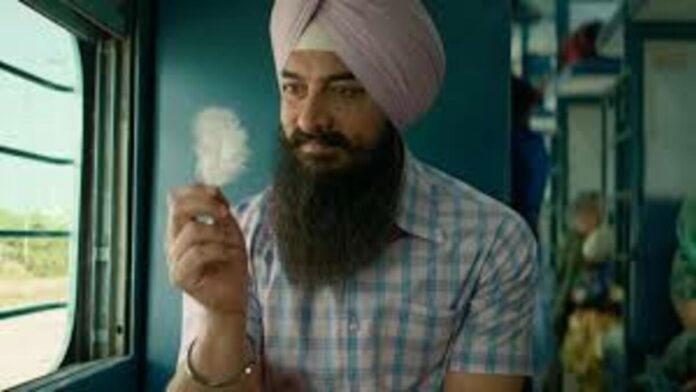 Laal Singh Chaddha, starring Aamir Khan, was just released last Thursday, August 11. Kareena Kapoor Khan appeared in the Advait Chandan-directed movie, a remake of the Tom Hanks movie Forrest Gump. Trade estimates indicated that Laal Singh Chaddha would start off strong given the advertisements, buzz, and expectation surrounding the movie. The crowd eagerly anticipated the arrival of the movie, which was predicted to be this year’s largest moneymaker. Contrary to expectations, Laal Singh Chaddha had a less than stellar debut day, earning just Rs. 11.70 crore. Making matters worse, the movie’s business did not take off during the weekend, and its opening weekend earnings came to Rs. 37.96 cr. Aamir Khan, however, was negotiating to sell the digital rights before the film’s premiere with OTT streaming juggernaut Netflix away from the chaos of the box office. In truth, the two parties had advanced in their discussions, but sadly, the agreement finally failed.

According to a reliable industry insider, Aamir Khan started haggling for the digital rights of Laal Singh Chaddha at an absurd price. According to a source who spills the beans exclusively to Bollywood Hungama, “Aamir Khan was eager to feature Laal Singh Chaddha on Netflix. He desired the worldwide exposure the movie would receive from the huge streaming service, which has nearly 200 million customers. Additionally, given the audience profiles of Amazon Prime Video and Disney+ Hotstar, it was not possible for Netflix’s target population to match exactly what Aamir Khan was searching for. Aamir entered negotiations with a significant demand of Rs. 150 crores, citing his track record and experience in the box office. As if that weren’t enough, Aamir insisted the movie will debut on Netflix six complete months after its theatrical debut. Speaking further about the negotiations between Netflix and the actor, the source says, “Netflix did everything they could to get Aamir to give up and reduce the price and distance between the theatrical and OTT release. They were prepared to make an offer of between 80 and 90 crores. However, the actor was adamant about the cost and the schedule since he also wanted to see the movie released in China. Finally, Netflix made a 50 crore rupee offer.

Aamir kept asking for 125 crores for the movie, which Netflix thought was excessive for the digital rights. In fact, Aamir was confident that Laal Singh Chaddha would earn Rs. 300 crore at the Indian box office and believed that Netflix will return to the negotiating table after the film’s release if the deal could not be reached before it was released. However, Netflix backed out of the negotiations after deciding not to continue.

As things stand, Netflix is no longer interested in purchasing the rights because of the film’s abject box office performance. Additionally, no other OTT platform would be eager to pay for hosting this disaster on its network. As per the last report, Viacom 18 Studios and Aamir Khan Productions have no alternative but to formalise the release of the film on Voot, and that too for a pittance. There are supposedly 1 million paying customers to Voot.