What Directors Say About Katrina’s Performance In Bollywood ? 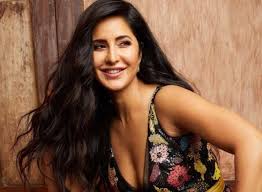 The question still dogs Katrina Kaif since she debuted in Boom in 2003, and is unlikely to leave her anytime soon. Yet she is clearly Bollywood’s girl du jour, given the tabloid frenzy she generates with every professional and personal move.

While naysayers insist her thriving career is a fluke, propped by Salman Khan’s able biceps, Katrina meets the verbal bashing with stoic silence, letting box office collections do the talking. She is used to being a target for not knowing Hindi, being too ‘foreign-looking’, being overweight till a couple of years ago, riding on Salman’s goodwill, and national speculation on her real age and surname.

Being a foreigner went against her, but today, Katrina is the new benchmark for success for every girl across the pond who dreams of a successful career like hers. She has also mastered the Hindi language and wowed her fans with her speech in shudh Hindi in Prakash Jha’s Raajneeti in 2010. She shed excess weight around her hips with Pilates, with her curves still in place. She let Salman do all the talking about their relationship status and maintained confusion over her age and mother’s surname, Turquotte. It worked.

The one thing she hasn’t managed to shake off is perceptions about her acting capabilities ever since she debuted in Boom. That despite being comfortably ensconced in the super-star league, having worked with almost all the big guys — barring Shah Rukh Khan and Aamir Khan — and enjoying unparallelled loyalty from her directors and producers.

So, she’s done a sexy Sheila act, played a sari-clad Indian politico, been the bimbo/ damsel in distress, and nailed the hot scuba diving instructor role. So what makes Katrina a director’s favourite? Filmmakers who respect her confidence, and signed her on even when she was just Salman’s arm candy, talk about why they are not in the least surprised by her success:

Raj Kanwar was the first director to cast the dream team, Akshay Kumar and Katrina Kaif, in his film Humko Deewana Kar Gaye in 2006:

“Katrina is a very hardworking girl. She knew she had a language problem but she used to fight every day to overcome the barrier. When I met her, I sensed her desire to make it to the top; she had the determination to reach the number one spot and she has done it. The best thing about her is that she understands things well and is very intelligent. She is also very kind-hearted and has no airs about her beauty. It was a thrill for me to introduce the hottest pair in Bollywood today. I knew she would get to this position and I am not surprised at all.”

Anil Sharma cast a relatively unknown Katrina in 2005 for his ambitious project, Apne, which released in 2007:

“Some photographs of Katrina dressed in Indian clothes had been sent to my office when I was casting for Apne. She used to visit my house and office regularly in the hope that I would cast her in the film. I saw the need and desire in her to make it big every time she met me. I always told her to learn Hindi and converse with me in the language whenever she came to see me. She tried and would try her best to speak to me in broken Hindi sentences. It’s not easy to get films in Bollywood. So I had decided to take Shilpa Shetty opposite Sunny Deol and for Bobby, I took Katrina because she has an innocent look about her and exposure doesn’t look vulgar on her. The role suited the foreign-returned character in Apne perfectly. Katrina is a natural actress, if the character is close enough to her real self, and if the director works a bit on her, she delivers a good performance. She has a very affable nature, so it is very easy to go the extra mile for her. She has no ego and is very sincere towards her work. I was sure she would become a big star because she has the personality, screen presence and right amount of sexuality and sensuality.”

Vipul Shah gave Katrina her first taste of success with Namaste London in 2007 alongside Akshay Kumar and followed it up with Singh is Kingg in 2008. He is working on the script of the sequel to Namaste London, in which he intends to cast Katrina and Akshay:

“What struck me when I first met Katrina was that she was extremely determined to make it in the business and she worked 24/7 to make it happen. With every release, I can see she has improved in her work, like in Raajneeti, her Hindi is the best since she started out because she worked very hard on it.”

“Katrina is not a satisfied actor – she wants more. She isn’t complacent about her success even though she hasn’t seen a flop for a long time. She has the hunger to achieve far more than she has today. I had given her the script of Namaste London in advance and asked her memorise every line in it before she came on set for the filming and she did. For a 7am shift, she rises at 5am, sometimes 4am to get her makeup and hair done just so she doesn’t keep anyone waiting, whether it is a senior star like Rishi Kapoor or Akshay Kumar. It is one of her best qualities. She has very strong work ethics and is very disciplined. I am not at all surprised she has reached this far and she’s going to go higher. She hates anything average and has a very astute sense in her selection of films.”

Prakash Jha known for his issue based films, cast Katrina in a role that very few could have imagined her essaying – that of a politician in Raajneeti in which she mouthed all her Hindi dialogues herself without the help of a dubbing artist as was the case in the past:

“I will not take any credit for Katrina’s able performance in Raajneeti. It is her hardwork and sheer dedication that reflected on screen and I feel she is capable of a lot more. I go by my intuition and I saw inner strength and beauty in Katrina that I needed in the character in Raajneeti. She works extremely hard in anything she does, and it shows. As far as success goes, please don’t talk like she’s getting out of our reach with the stardom she has achieved. Let her be around in our orbit please!”