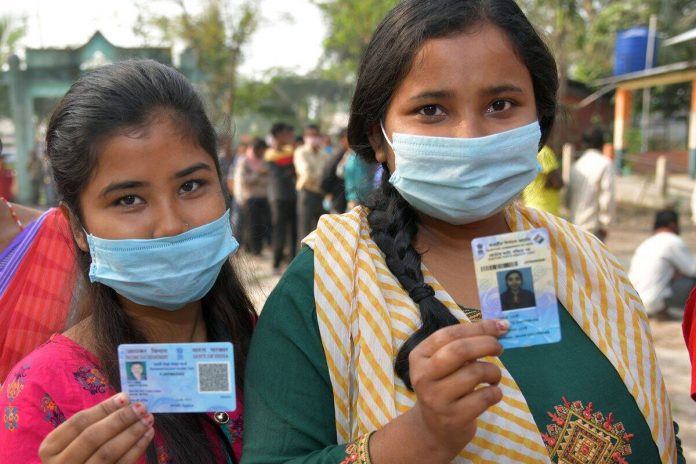 Bengal is under it’s 6th phase of polling today, when the country is batting with the deadly second wave of coronavirus disease. The state has registered a count of 10,748 fresh cases in last 24 hours.

In this phase total 43 constituencies are under polling.

This is one of the critical phase of polling in the state for all the parties contesting — the ruling Trinamool Congress, opposition BJP, CPM’ Samyukta Morcha and many other smaller parties.

Polling started at 7 am in the morning in 17 constituencies of North 24 Parganas district, 9 in each Uttar Dinajpur and Nadia and at 8 in Purba Bardhaman district.

This phase is crucial in a way that from here fate of many big candidates will be decided.

Despite two time requests from TMC the Election Commission did not club the remaining phases of elections in the state.

The prevailing Covid crises has not put any end to the campaigning as Union Minister Amit Shah will hold three poll meeting today, both BJP president Dilip Ghosh and BJP’s Suvendhu Adhikari will hold four and three road shows in Kolkata respectively. The city has been worsely affected by the pandemic.

Even the Chief Minister Mamata Banerjee will also hold four public meetings in the north and central Bengal. However, Congress and CPM have limited their campaigning due to worsening covid situation.

After today there will be polling for two more phases dated on April 26 and April 29. The results of all the states and UTs which underwent assembly elections will be declared on May 2.