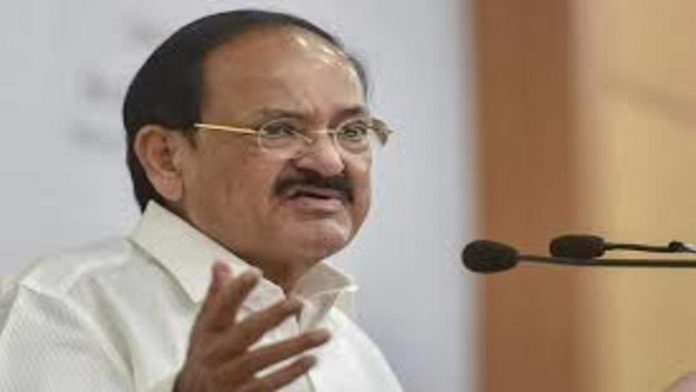 On Tuesday, Rajya Sabha Chairman and Vice-President Venkaiah Naidu urged for a behavioural shift among the 5,000-plus MPs who engage in disruptive behaviour. “It is ‘Mission 5,000’ for effective parliamentary democracy. If the elected MPs, MLAs and MLCs can mend their ways and conduct themselves appropriately inside the legislatures, our law making bodies would certainly look much different from what they are now. The people of our country are earnestly looking for such a qualitative turn around in the functioning of our law making bodies,” he stated.

“In this landmark 75th year of our Independence, I appeal to all the 5,000 legislators of our country to resolve not to disrupt the proceedings of legislatures during this year. Thereafter, I can assure them that it would become a habit…,” he said. After frequent disruptions by Opposition members in both Houses over the Pegasus snooping scandal and the farmers’ issue, Parliament’s Monsoon session adjourned a few days ahead of schedule in August.

The RS chairman was addressing at the inaugural Pranab Mukherjee Memorial Lecture, which commemorated the former president’s first death anniversary. The Pranab Mukherjee Legacy Foundation hosted the talk, which was titled “Constitutionalism: The Guarantor of Democracy and Inclusive Growth.”

Referring to Mukherjee as “a path finder in troubled situations” and a “consensus builder”, Naidu said, “More than the statistics about the long years of being in power, it was the contributions of Pranab Da that made him unique in several ways. He deployed his sharp mind, phenomenal memory, deep understanding of our country’s diversity, history and civilisational values, and knowledge of statecraft to best use to various aspects of nation building.”