Pakistan's Senate is holding a secret ballot today to select its chairman and deputy chairman. 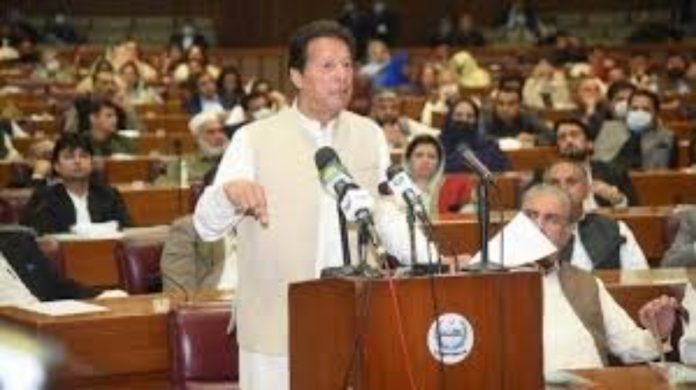 There was a massive uproar in Pakistan Parliament’s upper house on Friday during voting for the Senate Chairman’s post. It was reported that hidden Chinese spy cameras were discovered inside the Senate hall while the voting process was underway.

This led many MPs to cause an uproar in the Senate and the voting process was disrupted. More details on the incident were awaited.

It may be noted here that the Senate is holding a secret ballot today to select its chairman and deputy chairman. Earlier, 48 newly-elected members of the upper house took the oath.

Senate elections were held in Pakistan on March 3, for the seats for which current MPs were set to retire on March 11.

The Senate Secretariat had informed that the oath-taking of the newly-elected senators was scheduled for the morning while the election for the chairman and deputy chairman was due to be held in the afternoon or evening.

The ruling Pakistan Tehreek-i-Insaf (PTI) of Prime Minister Imran Khan, along with the support of its allies, has selected Sadiq Sanjrani for chairman’s post and Mirza Mohammad Afridi for deputy chairman.

Earlier, Gilani’s win as a senator from Islamabad general seat had come as a major setback for Imran Khan, as he had personally campaigned for his Cabinet colleague, PTI candidate and Finance Minister Abdul Hafeez Shaikh.

Gilani had defeated Shaikh by securing 169 votes, compared to his rival’s 164 votes.

In Pakistan, Senators have a six-year term, with half of them retiring after three years. A new chairman and his deputy are elected after every three years to run the upper house.