Vikram Vedha Trailor Out, High Hopes For Hrithik Roshan Starrer To Be Saviour Of Bollywood 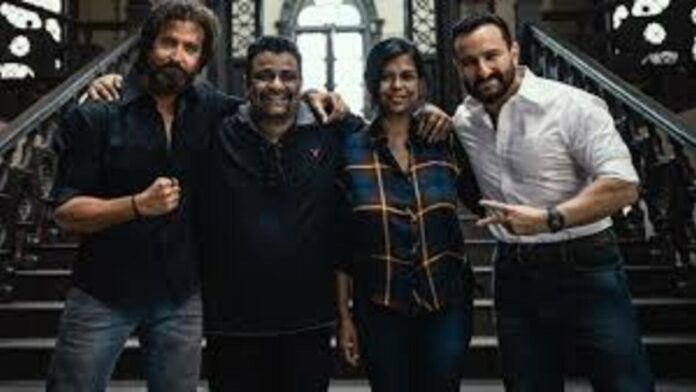 It’s finally here—the day all of you Hrithik Roshan and Saif Ali Khan fans have been waiting for! The long-awaited Vikram Vedha trailer has finally been out, and it is just as intriguing as expected. Vikram Vedha, which is packed with fight scenes, action sequences, and dialogue, might really be a blessing for Bollywood in light of the fierce competition from the South.

The Vikram Vedha teaser begins with the sentence “Ek kahaani sunaye, Sir?” which is enough to give you the chills. You may explore Vikram Vedha’s world in the 1 minute, 46 second teaser starring Hrithik Roshan and Saif Ali Khan. Your wait for September 30 will be difficult because the movie is filled with dialogue, action, and emotional moments that will make you want to whistle.

Hrithik wrote, “We share the same,” “Ek kahaani sunaye On September 30, 2022, Vikram Vedha will be released in theatres all over the world. Watch the teaser now at https://bit.ly/VikramVedha-Teaser. @PushkarGayatri, #SaifAliKhan”

Presenters Gulshan Kumar, T-Series, and Reliance Entertainment are joined by Friday Filmworks, Jio Studios, and YNOT Studios Production to bring you Vikram Vedha. On September 30, 2022, the movie starring S. Sashikanth and Vikram Vedha, which is directed by Pushkar & Gayatri and produced by Bhushan Kumar & S.