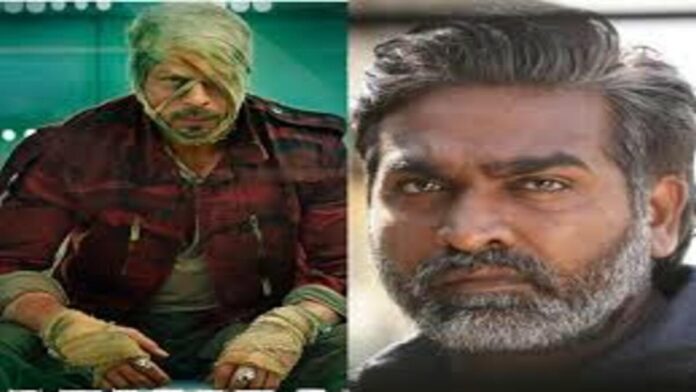 After a protracted absence, Bollywood superstar Shah Rukh Khan is returning to the big screen. King Khan last appeared in the 2018 film Zero, and since then, SRK fans have been eagerly anticipating seeing him again on the big screen.

The good news for SRK fans is that the superstar will not just do one movie when he returns to theatres, but three. His upcoming films are Pathaan from Yash Raj Films, Jawan from Atlee, and Dunki from Rajkumar Hirani.

SRK’s next films have been the subject of numerous media reports. According to reports, Vijay Sethupathi will appear in SRK’s upcoming film Jawan in which he would portray the main adversary. Jawan, which is being directed by Atlee, will star Nayanthara as the female lead.

According to a publication’s allegation, Vijay Sethupathi, one of the biggest actors in South Indian cinema, demanded a hefty fee to appear in Atlee’s Jawan. According to a source who spoke to PinkVilla, “This is the highest Sethupathi has ever demanded for a feature film, and the increase in fees came after the enormous praise he received for his performance in Vikram. He had been in negotiations for Jawan for some time, but the paperwork was only finalised after Vikram’s resounding victory. He increased his fee for Jawan from Rs 15 crore to Rs 21 crore.

Vijay Sethupathi had to give up two projects, according to the report, in order to appear in Jawan. He had to drop out of two movies in order to work on this one, the story continued. But because the character is so strong, he didn’t mind abandoning other projects. Vijay was ecstatic about the character that Atlee produced.

Apart from Jawan, Vijay Sethupathi is also working on a number of other forthcoming projects. His next films include Merry Christmas, in which he co-stars with Katrina Kaif, Viduthalai, a Tamil film, and Mumbaikar, a Hindi film.