The cumulative number of coronavirus vaccine doses administered in the country crossed seven crores with 12,76,191 doses given till 8 pm on Friday. 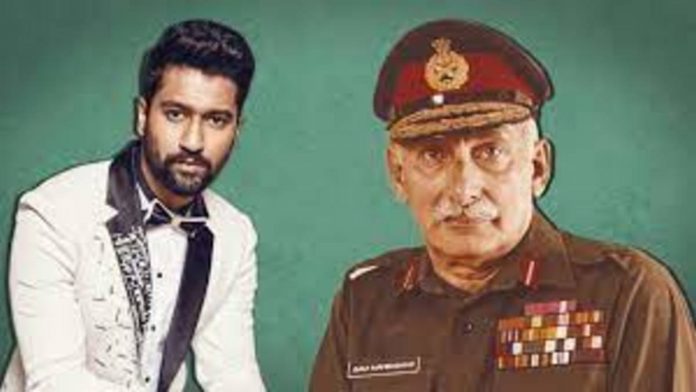 A film based on war hero Sam Manekshaw starred by Vicky Kaushal is named as Sam Bahadur. The title of movie is revealed on the birth annivarsary of Sam Manekshaw. The film is helmed by Meghna Gulzar and actor Vicky Kaushal will play the titular role of the film.

Taking to his Instagram handle Vicky posted a video which he captioned, “The man. The legend. The brave heart. Our Sam Bahadur. On the birth anniversary of Field Marshal #SamManekshaw, his story has found its name. #SamBahadur (sic).”

“I had always heard stories about Sam Bahadur from my parents who hail from Punjab and have seen the 1971 war but when I read the script I was completely blown away. He is a hero and patriot who is still remembered and loved to this day and capturing his spirit in the film is of the highest importance to me,” said the actor expressing his thoughts about the film.

While the director Meghna Gulzar said, “He was a soldier’s soldier and a gentleman’s gentleman. They don’t make men like Sam Bahadur anymore. I’m so honoured to be telling his story with Ronnie Screwvala and the incredibly talented Vicky Kaushal. On the Field Marshal’s birth anniversary, his story has got its name. I couldn’t be happier.”

The brave Sam Manekshaw’s military career lasted for four decades with five wars. He was the first Army officer from India who was promoted to the rank of Field Marshal. Sam Manekshaw was the man behind the victory in 1971 Indo-Pak war that led to the formation of Bangladesh.

The actor had unveiled his first look back in June 2019 by sharing a picture of his look. “I feel honoured, emotional and proud of getting a chance to unfold the journey of this fearless patriot, the swashbuckling general, the first Field Marshal of India- SAM MANEKSHAW. Remembering him on his death anniversary today and embracing the new beginnings with @meghnagulzar and #RonnieScrewvala (sic),” Vicky had written on the shared picture.

Vicky Kaushal has already worked with Meghna Gulzar in his 2018 film Raazi, which featured Alia Bhatt in a lead role.