Film actor Varun Dhawan and fashion designer Natasha Dalal have finally decided to tie next weekend. The couple will have a wedding at the time of sunset at the beach. 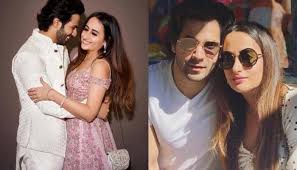 Actor Varun Dhawan is all set to marry his girlfriend Natasha Dalal this weekend in Alibaug. They were friends from class sixth. Preparation have been started since they planned to tie a knot. The couple have invited their Bollywood friends and colleagues for the wedding and pre-wedding functions of Mehendi, Sangeet etc. The wedding will see a group of celebrities and number of guests to bless them.

The Couple will have then their Mehendi and Haldi ceremonies after the Sangeet night and later they will host a Cocktail Party also for the guests.

The duo has chosen this week because it is a Republic weekend, as people in the industry will have a relaxing time and a break from work. However, Varun-Natasha’s friend actress Sonam Kapoor is likely to miss the wedding because of the coronavirus traweek restrictions as she’s currently shooting in Glasgow for Blind.

Varun’s outfit responsibility is on his friend Kunal Rawal who is a designer who has designed outfits for Arjun Kapoor and Shahid Kapoor, whereas Natasha who is already a fashion designer herself has decided to take charge of her own outfits.

After the whole wedding in Alibaug, the couple has decided to host a wedding reception for their remaining bollywood colleagues and colleagues of Varun Dhawan’s father David Dhawan in Mumbai itself.