In a complaint to the administration, a resident of Hapur claimed that his brother’s test report was issued by the health department without even taking his sample. 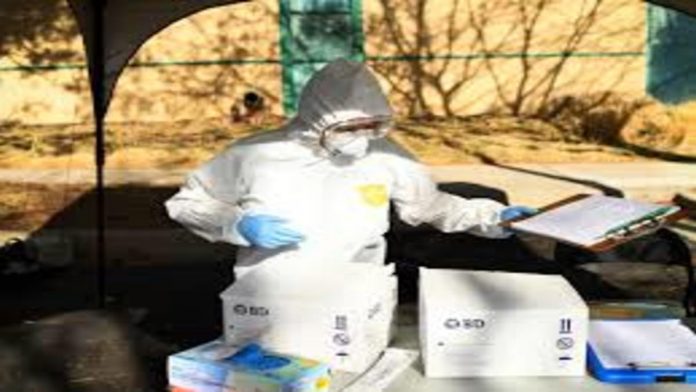 It is being claimed that the Uttar Pradesh’s Ballia administration has issued tests reports even without taking samples and an investigation has been ordered into matter, said officials.

Raghvendra Kumar, a resident from Harpur locality claimed that his brother Brijendra Kumar was tested positive for Covid-19 on April 18 in a district hospital while the reportes confirmed him positive on April 20. A complaint had been registered to the chied medical officer and the district magistrate soon after the incident.

A team of health department had visited his place on April 20 to take samples of other family members, he said. Later his father and mother also tested positive for Covid-19.

In his complaint he alleged that when the team of health department visited his places his both his maternal uncle, Brajnandan and paternal uncle, Rishikant were not present but the heath department submitted their reports as Covid-19 positive.

He was also told by the health department over phone that his were family were tested for Covid-19 on April 23 and his another brother, Rajendra Mishra has also been tested positive.

“But the fact is none of my family members were tested on April 23. They were in fact tested on April 20. Also, my brother (Rajendra) had tested negative for Covid-19,” he mentioned in his complaint.

After being pointed out by Raghvendra the official from health department who called said, “Okay, so we are making the (Covid-19 test) report (of Rajendra) as negative.”

The chief medical officer of the district. Rajendra Prasad on Wednesday said that the Ballia’s survelliance officer will investigate the matter and an immediately action will be taken against the guilty.